The 52 Week Project is a blog circle with a theme for every week (which means we all link to each other, links are found at the end of the post).

This week’s theme was the classic rule of composition Rule of Thirds. Set up like a tic tac toe board, rule of thirds is an imaginary grid that divides an image into thirds. Subjects that occupy a third, especially on line or point of the grid, have a stronger point of impact in drawing the viewer into the image. 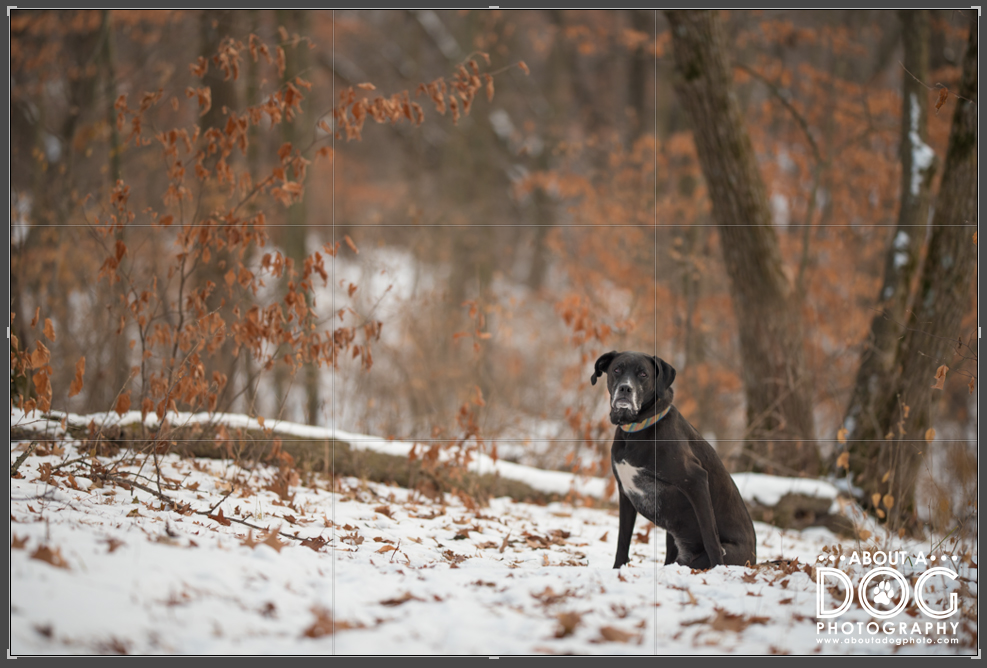 A high percentage of my images break the left hand rule and feature the subject on the right hand side of the image. We read from left to right, so it makes sense to have the negative space lead into the main subject of the image and help to convey the sense of the story and scene.

Don’t get me wrong, I’ll use the left hand side as well. (The below image is a little less of a formal version of rule of thirds as Axle is closer to the center of the image than the left side.) 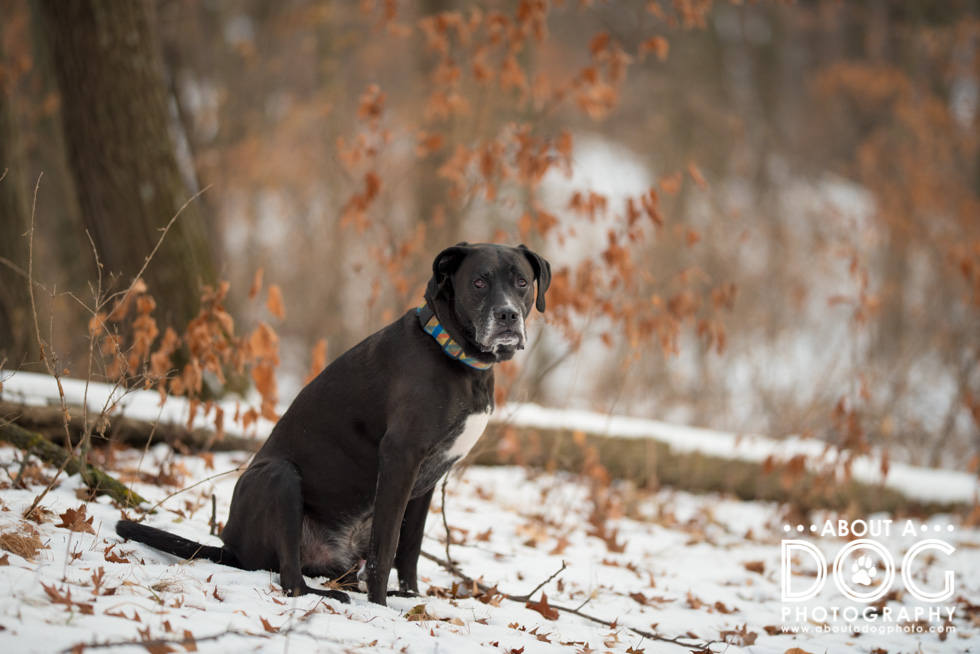 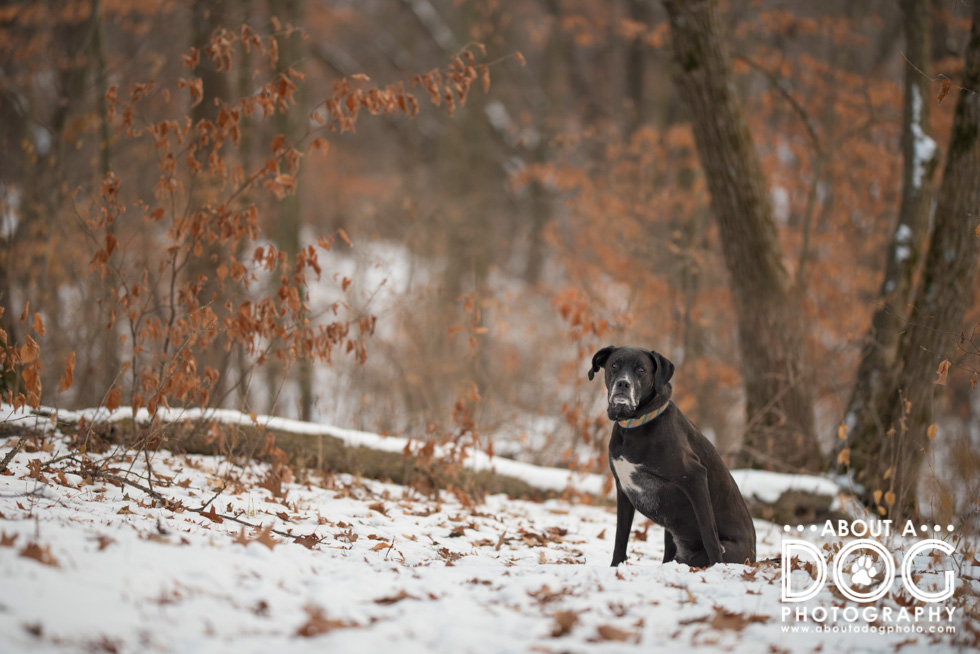 Axle and I were super happy to have temperatures higher than subzero and single digit temps (we’ve been wallowing in it since Christmas, mega ugh!) and took advantage of the mid 30s, snow and a brand new tennis ball for the rule of thirds images. (For those curious, all my images were taken on a Nikon D750 with Sigma 135mm f1.8 lens.) 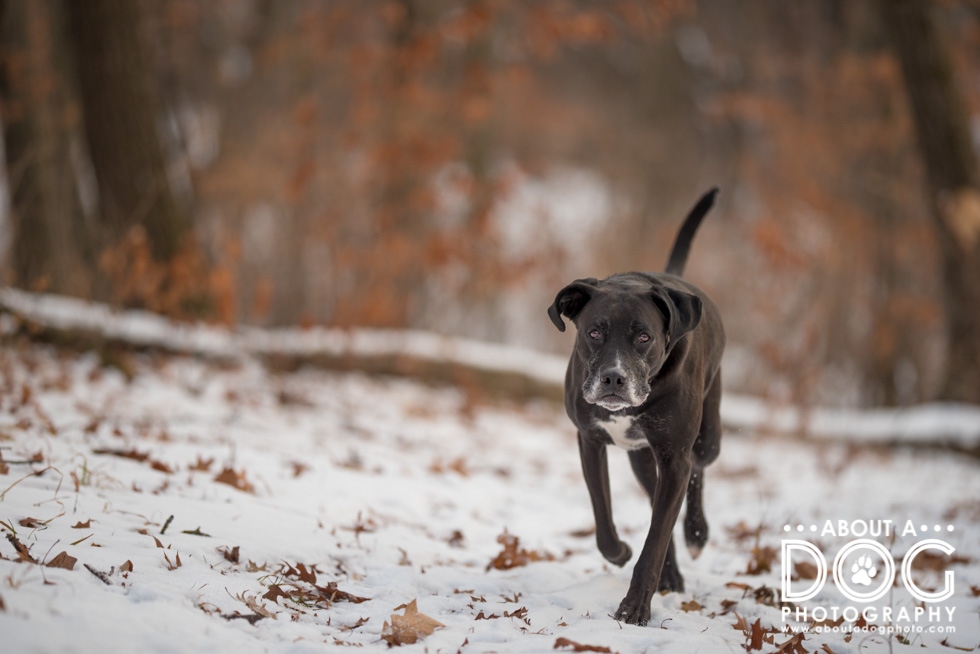 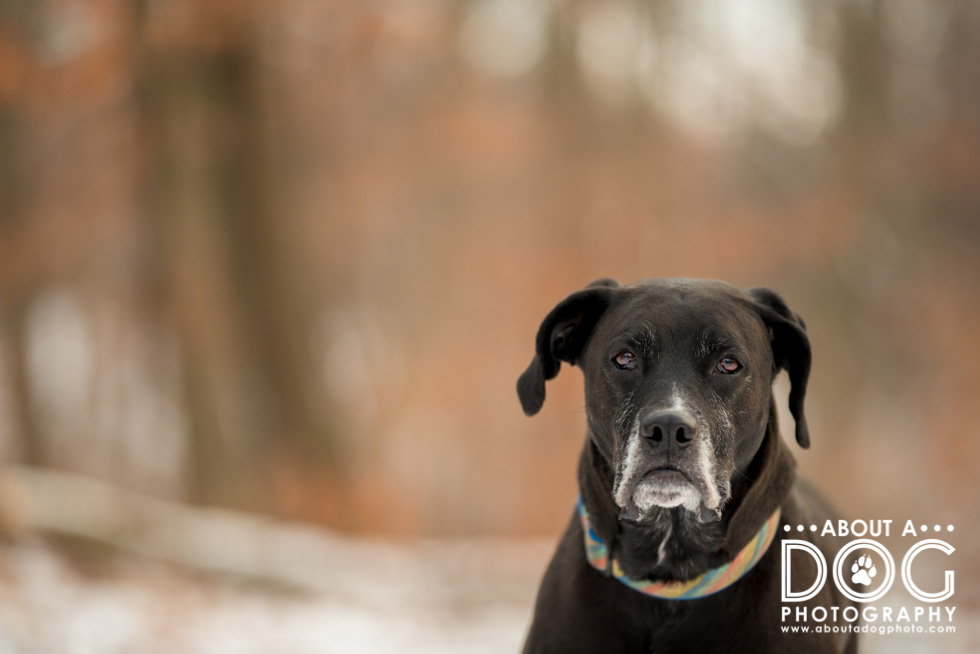 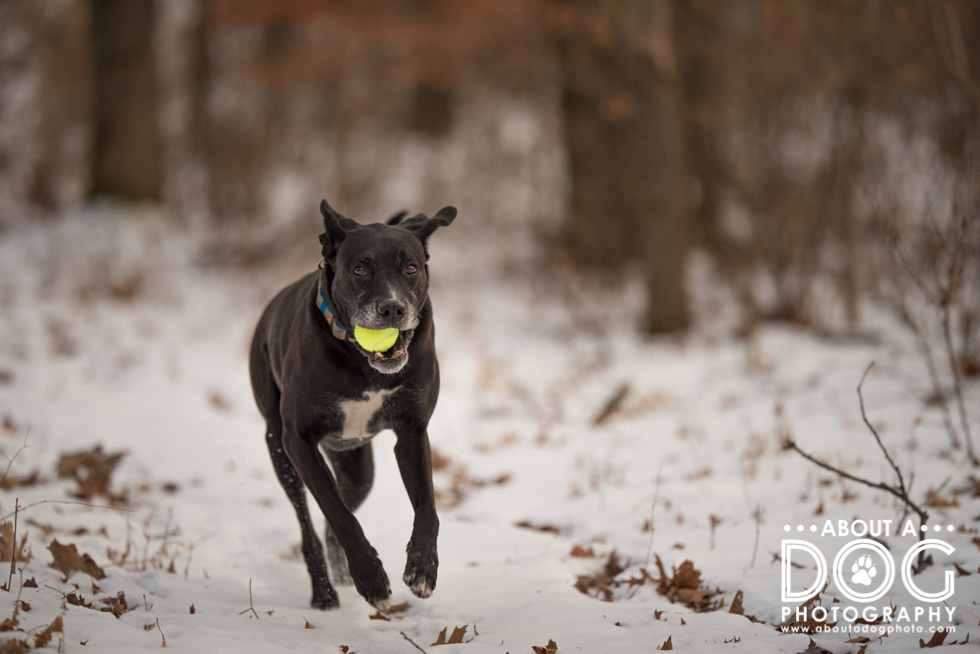 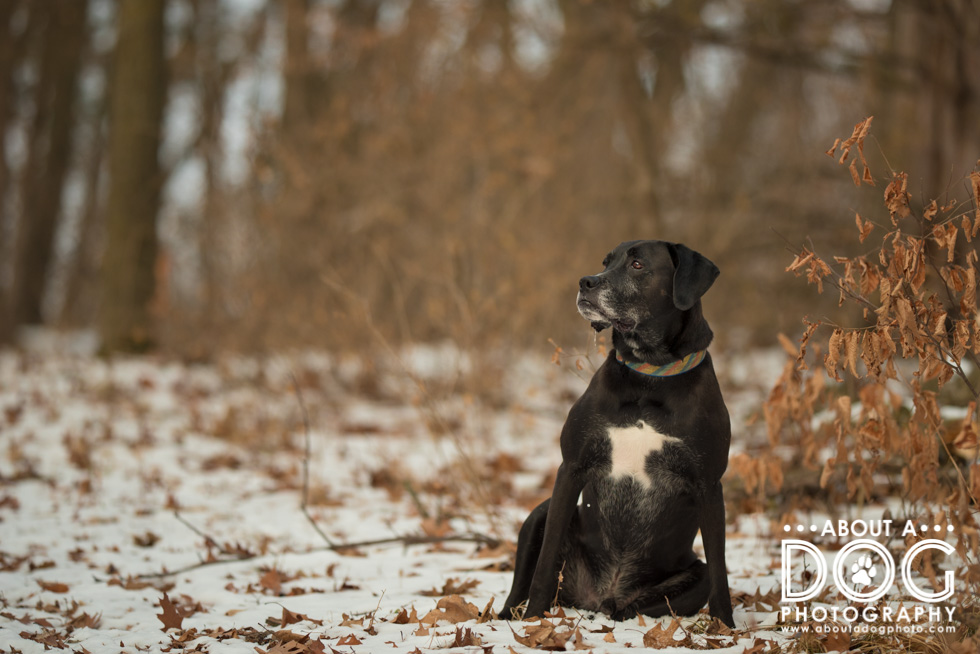 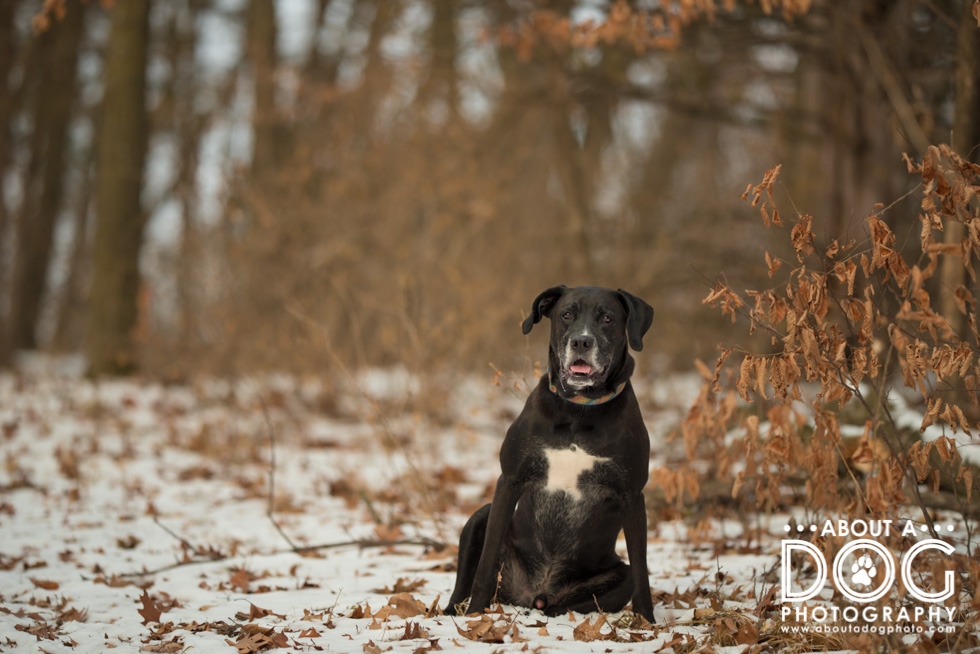 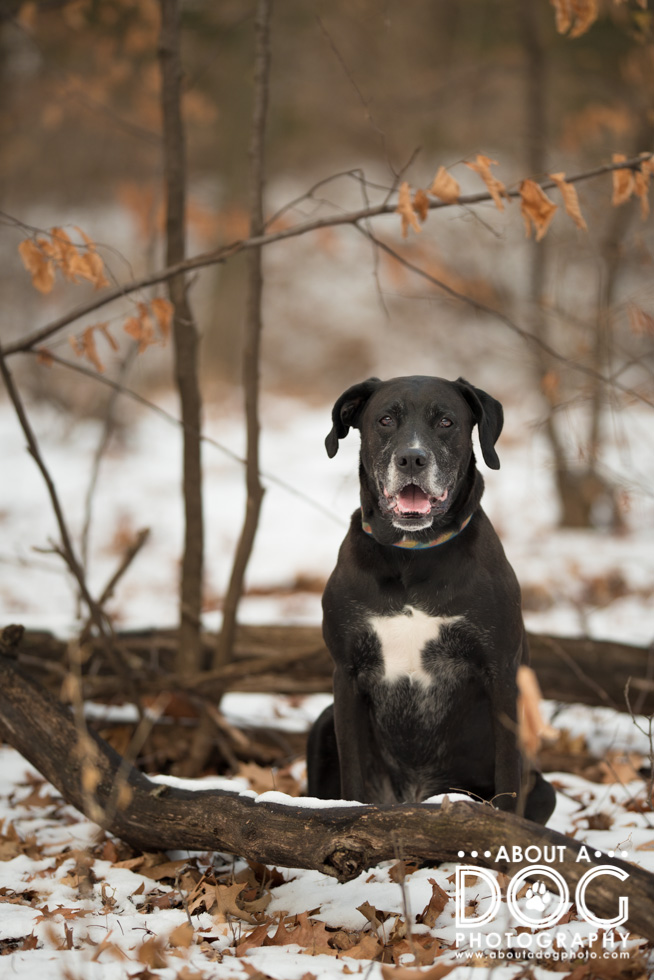 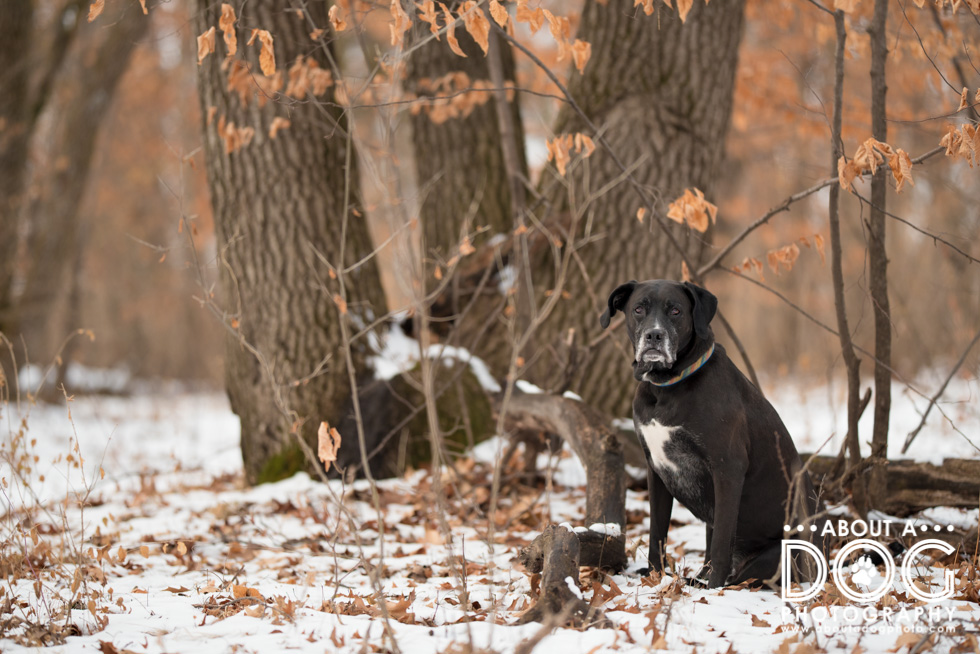 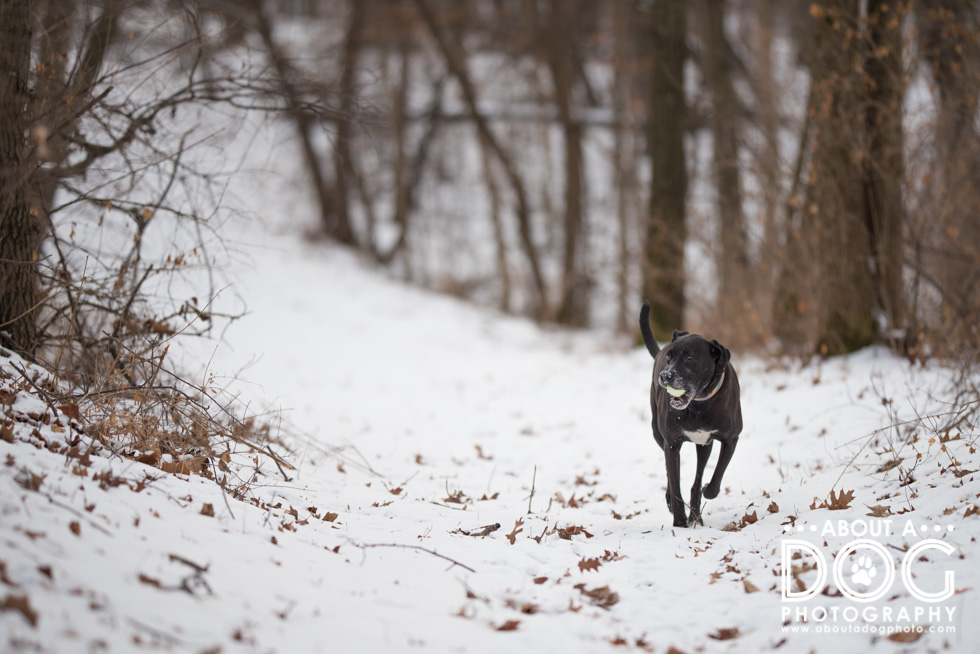 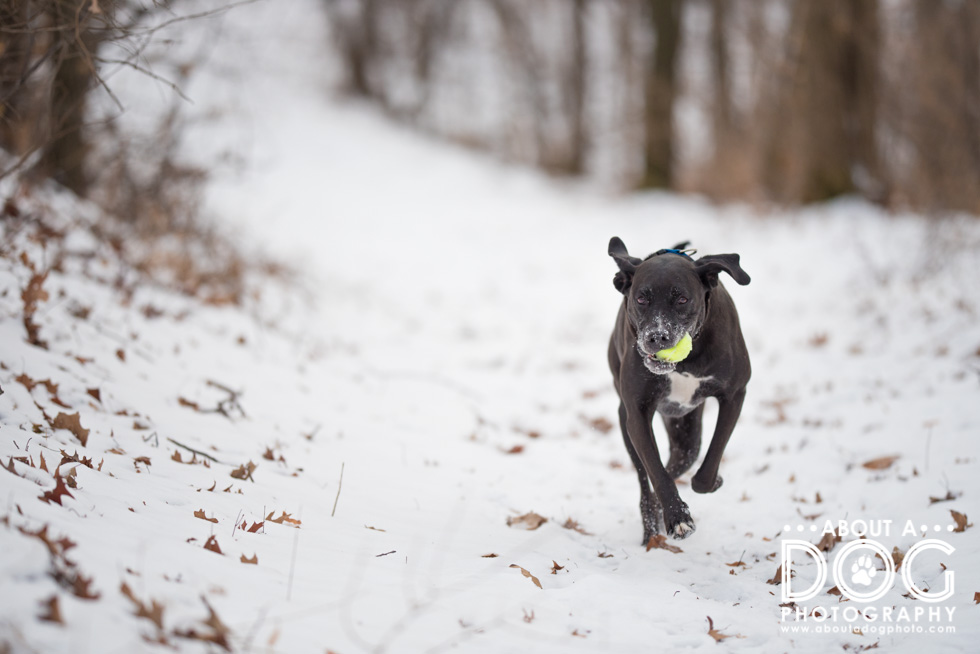 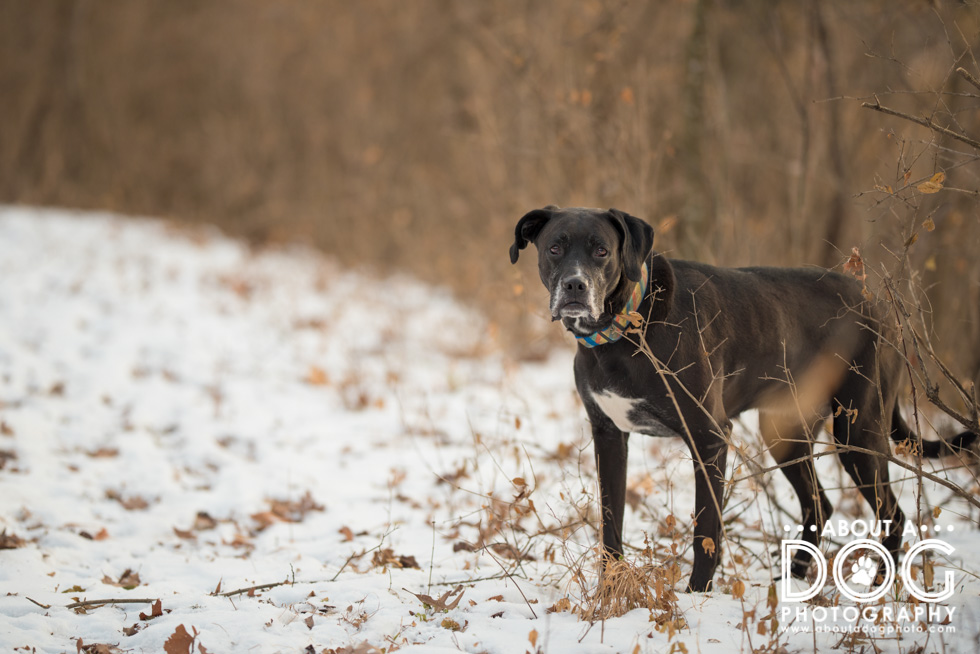 Rule of thirds isn’t just left hand and right hand sides, there are also the top and bottom thirds that can be used. I like to “push” my foreground (show more of it instead of the sky space which is typically a vertical shot with the camera tipped/angled towards my feet which makes the sky area smaller) or have a bigger sky and the ground be a third or less. The effect works well for landscapes but can be challenging to use with a dog as it can create too much sky or ground.

This image is an upper right hand side third (were you counting how many of the images were right hand sided in the ones above?) and it draws you right to Axle due to the rule of thirds and the “rule of sharpness” (not sure if its the formal name…). “Rule of sharpness” says the human eye is drawn to the sharpest point in an image regardless of subject and scene. In the image below your eye skips right over the blurred snow and leaves in the foreground and rests on Axle, who is not only sharp but a point of contrast against the white and browns. (Then there’s my crisp white logo haha!)

Does it mean the rule of thirds is effective in this image? 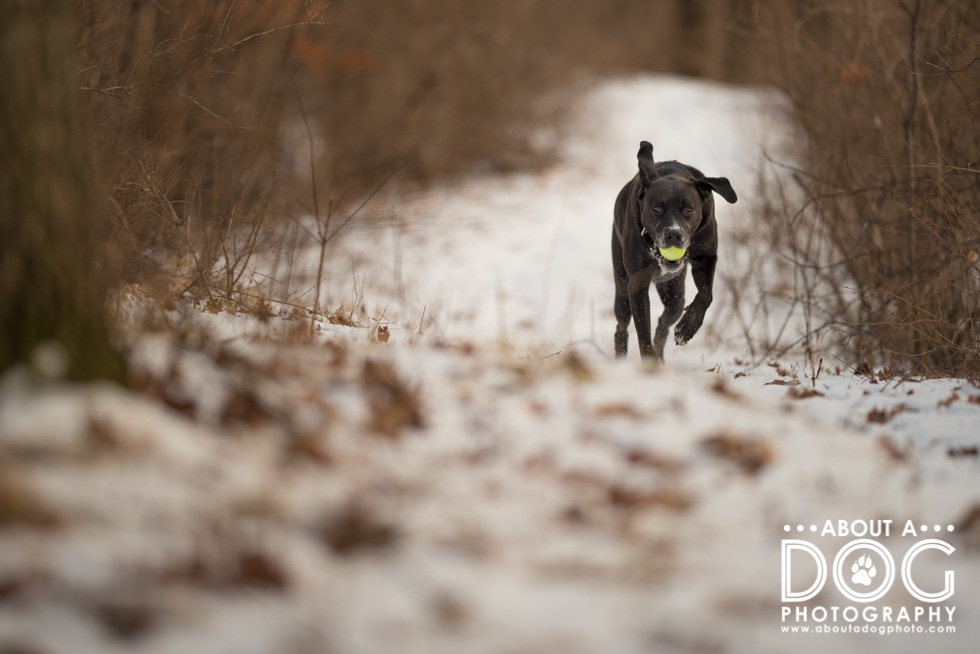 Does the above image have more impact than the below image? The location is the same, Axle is just farther up on the path and in a solid right hand side rule of thirds instead of an upper third. Which do you prefer of the two? 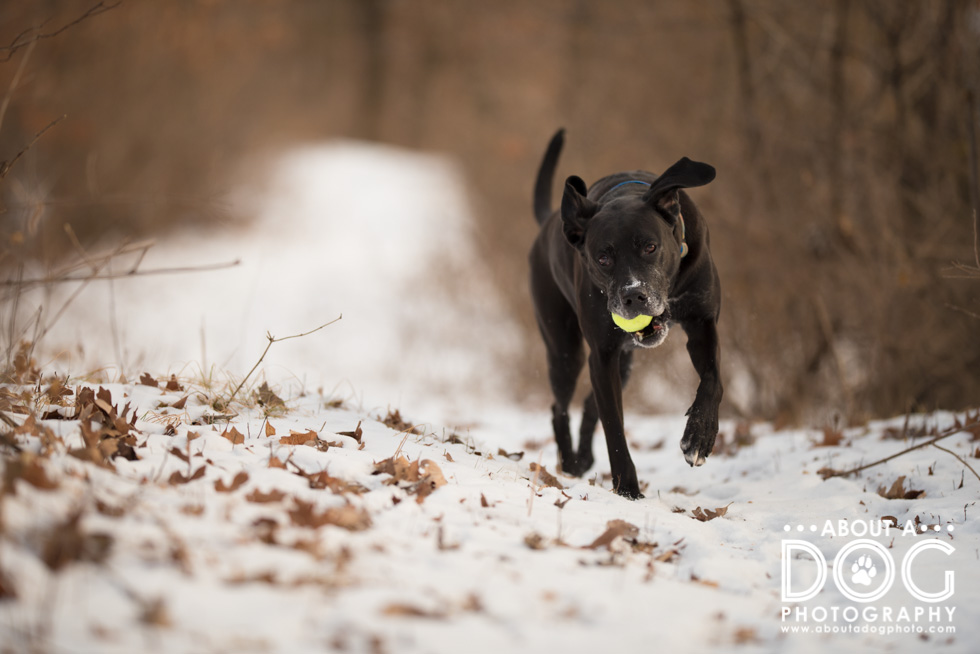 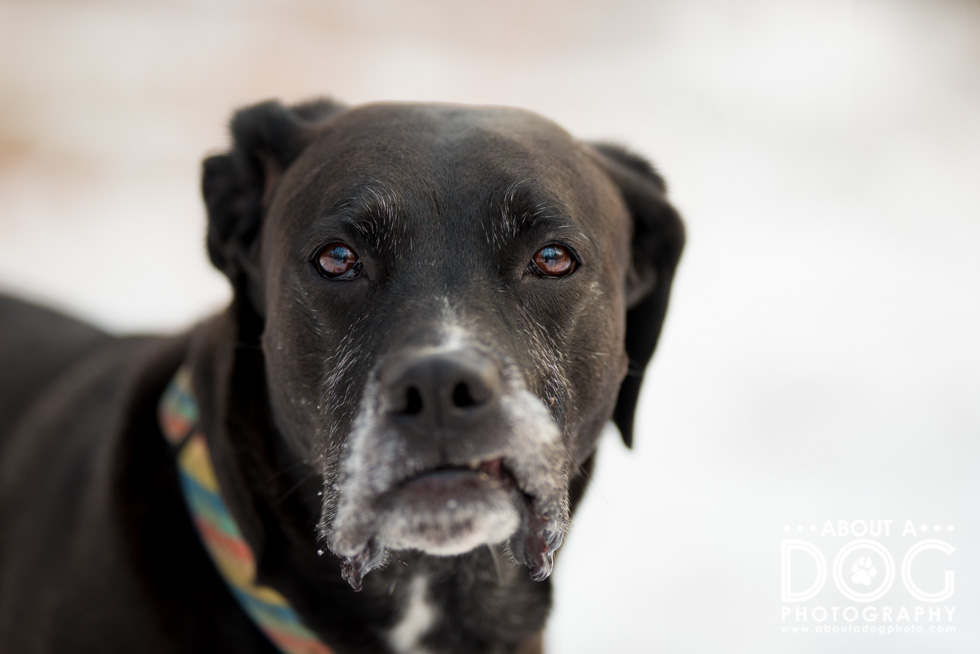 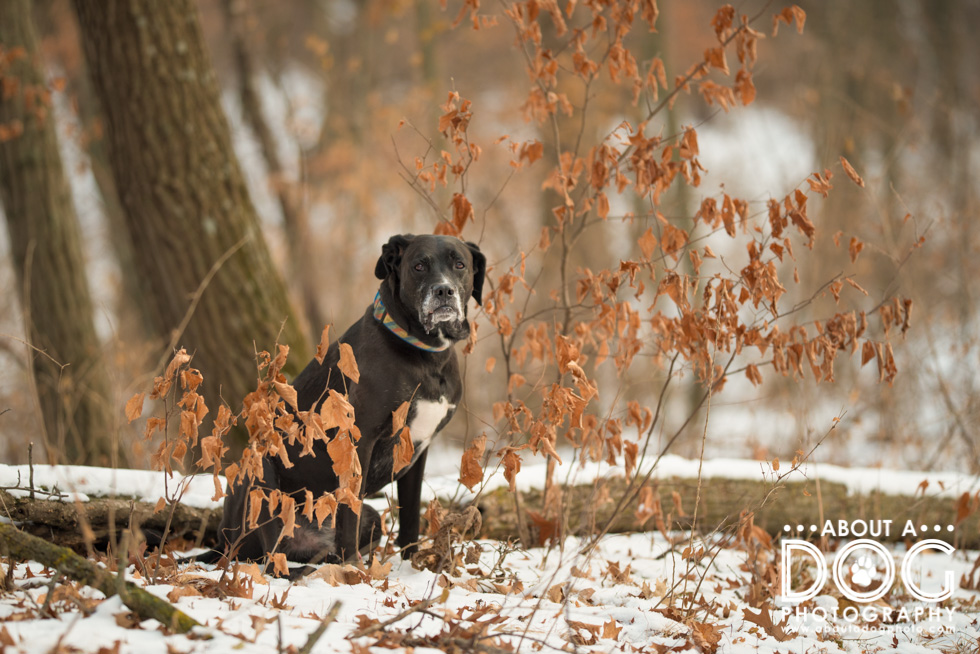 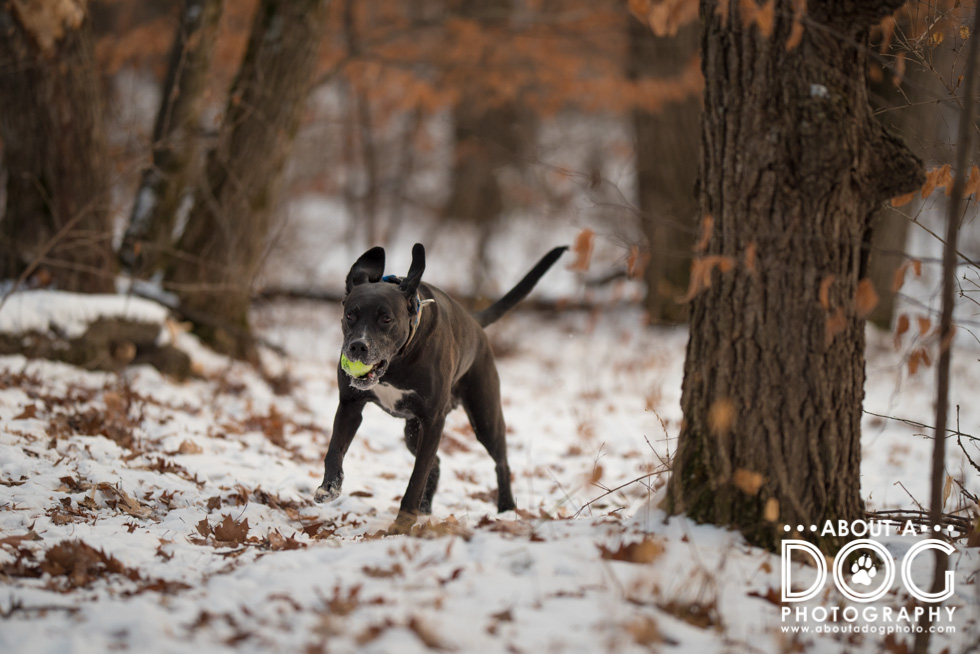 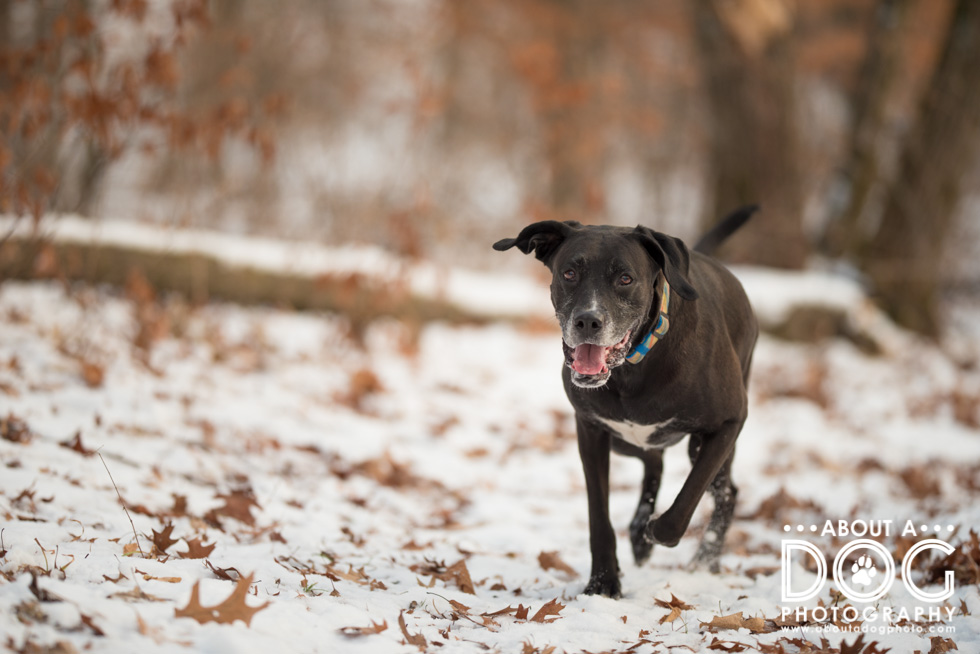 Next up visit Pet Love Photography, serving Greater Cincinnati and the San Francisco Bay Area to see how she worked the rule of thirds (and see if the others in the blog circle prefer the left hand or right hand side for their rule of thirds images!)