The 52 Week Project is a blog circle with a theme for every week (which means we all link to each other, links are found at the end of the post).

This week’s theme was catchlights. Catchlights are the adorable little reflections of light in an eye. They can vary in size and shape depending on the light source they are reflecting. Catchlights help make eyes look “alive”.

First up was Lilly, the brown and white more dog than cat. She can be tricked into a look in my direction from a faux throw (she chases elastic hair ties and little spiky balls) as she anticipates said object to be thrown and sees that it hasn’t been thrown. 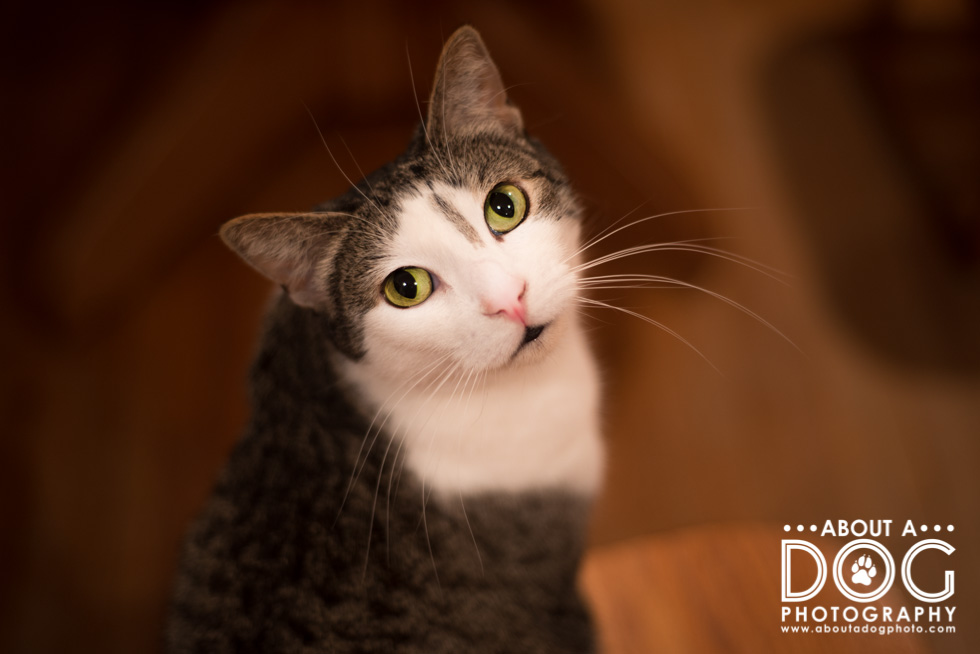 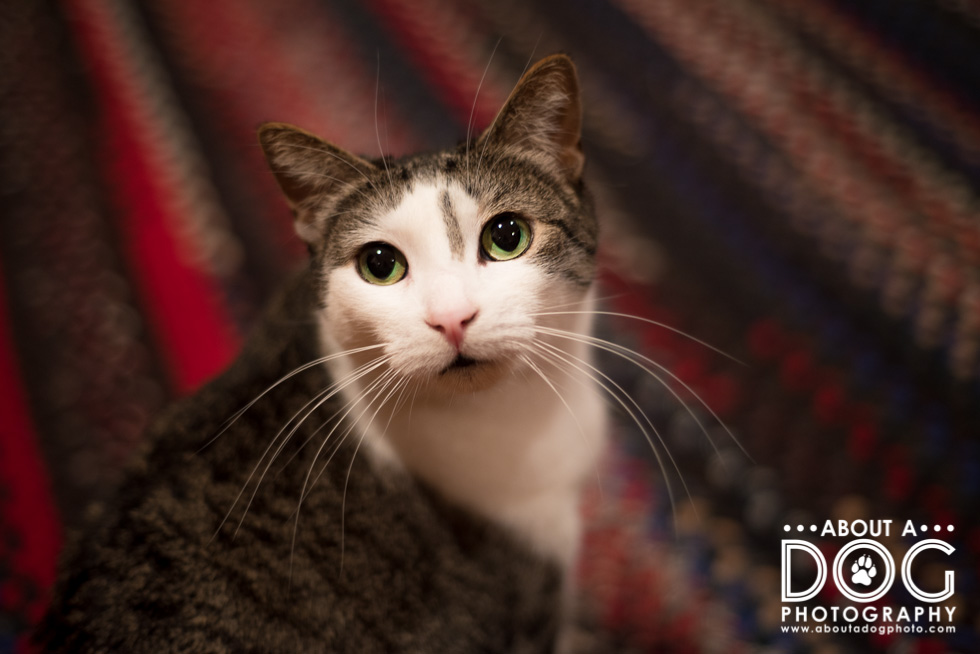 An example of how catchlights make eyes more alive. In the image below I removed the catchlights, which makes Lily look a bit creepy and sort of dead. The image with the catchlights is definitely more pleasing! 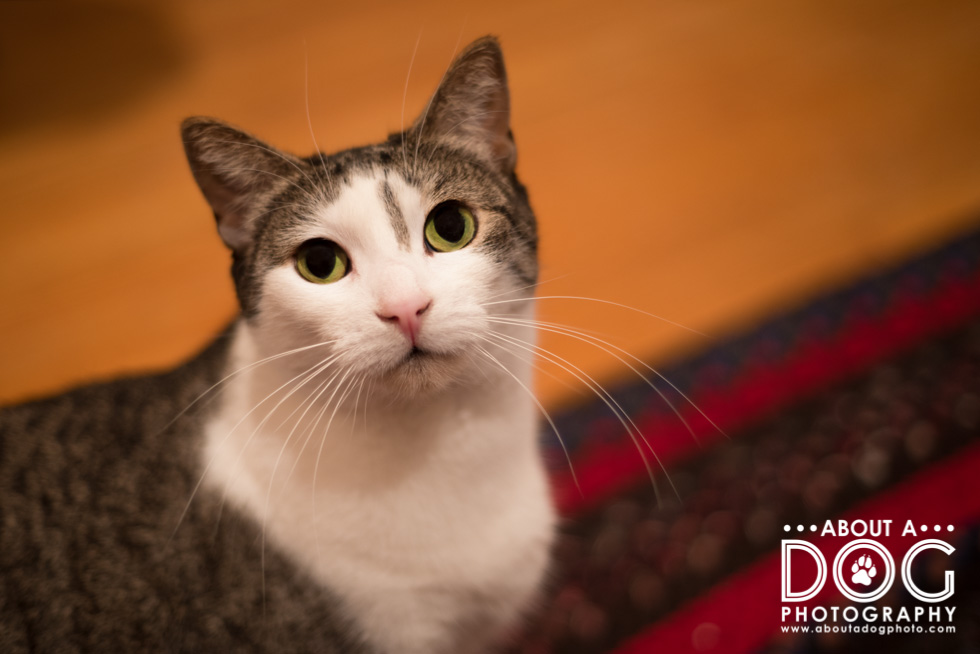 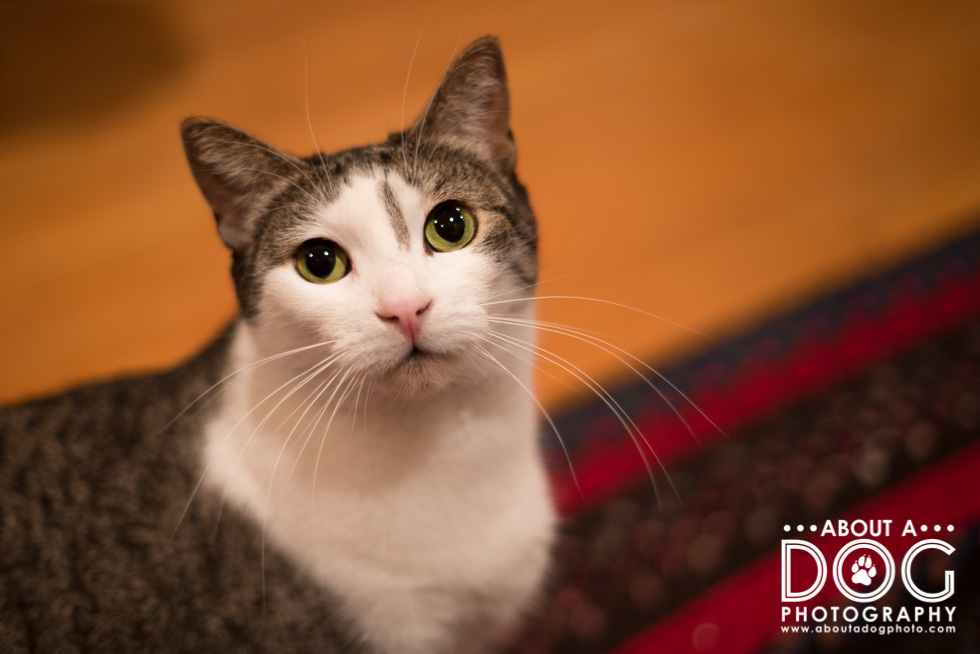 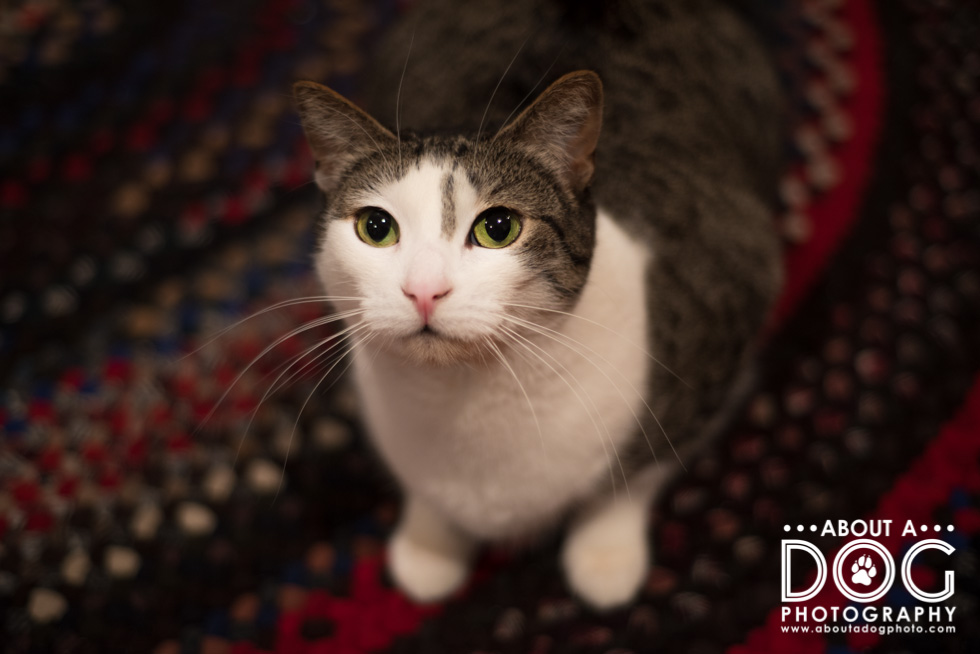 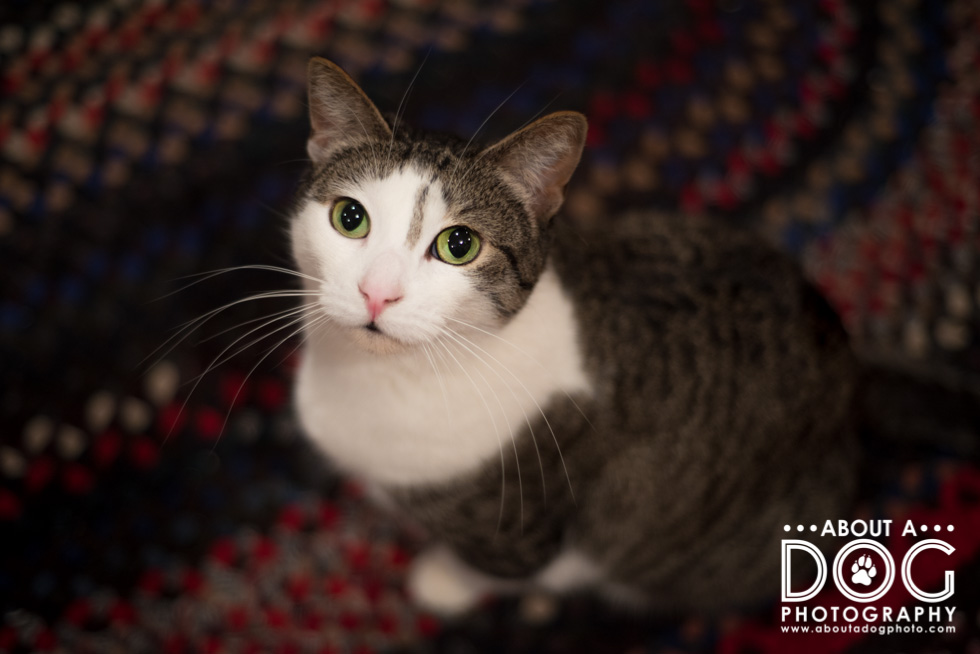 After Lilly, it was time for those split seconds of pause of Miss Monkeypants, part moose (she weighs in at 14 lbs!) Tootsie! She was situated at the top of the cat perch and closer to the lights in the ceiling. This casted some heavy shadows on her eyes and under her chin while giving her singular catchlights (instead of the “galaxy” catchlights of the image of Lilly above) 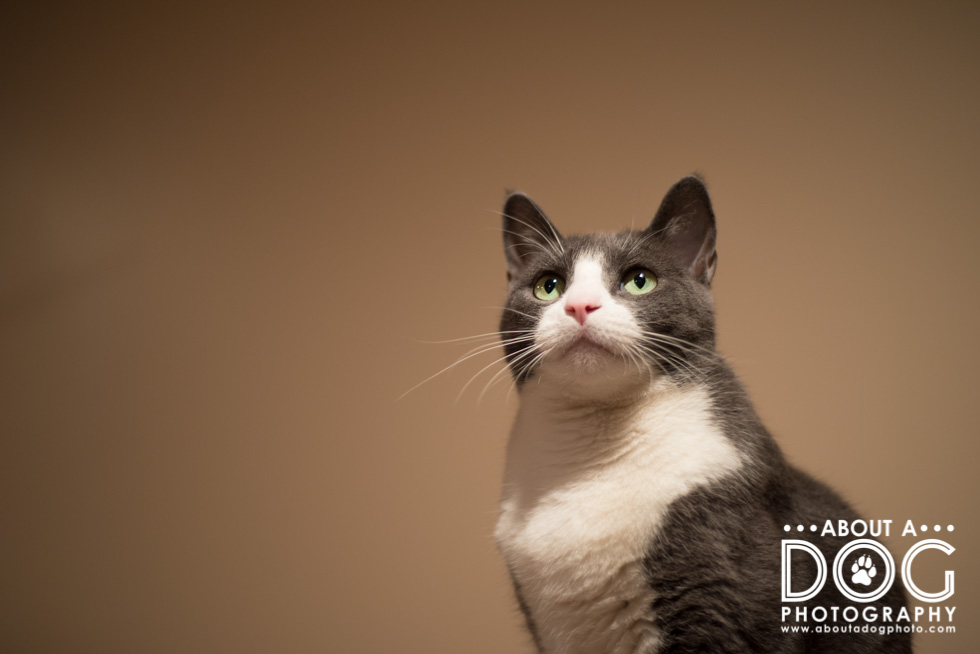 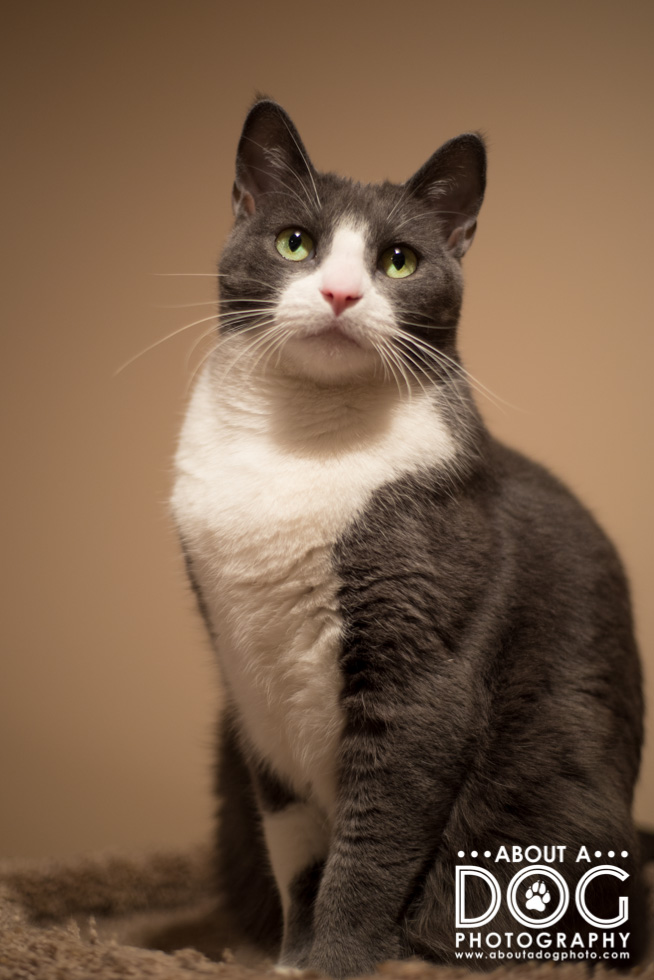 Then activate action kitty! Tootsie is a total monkey on the tiers of the cat perch. 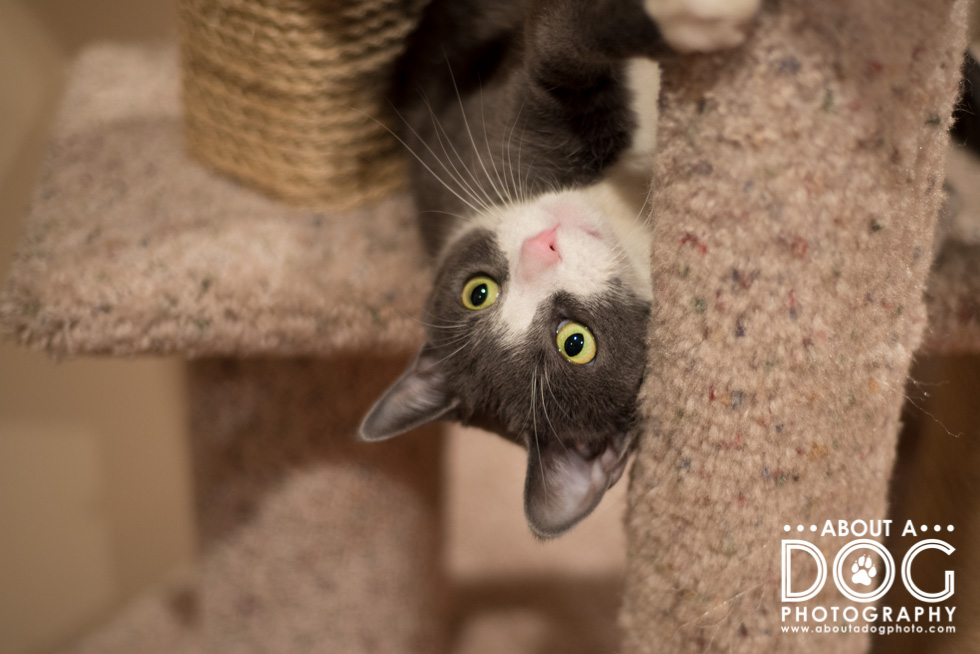 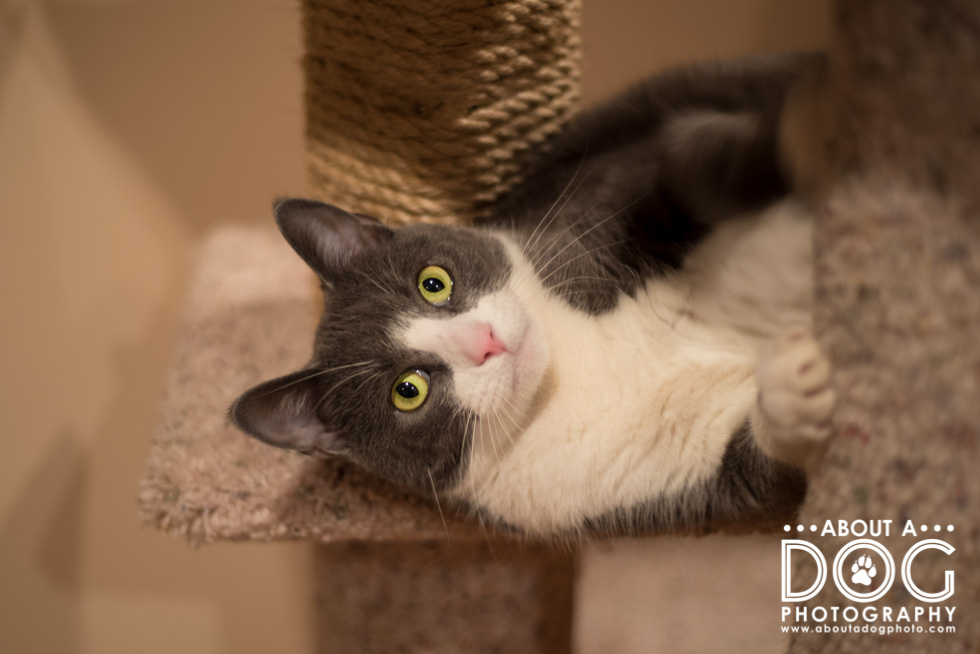 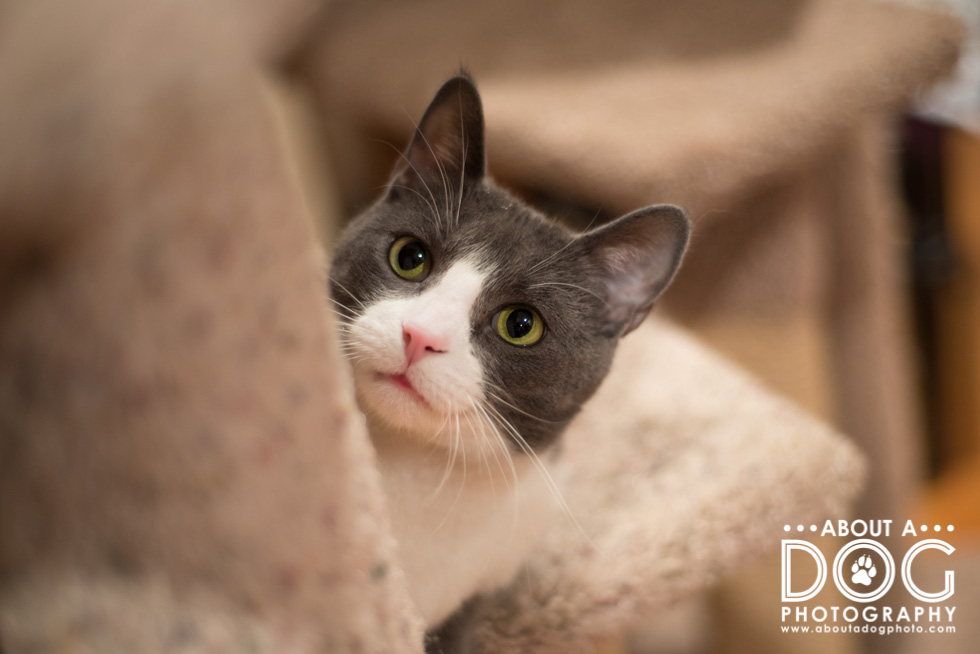 Lilly retired to her bed.
“Ok hooman, are you finished?” 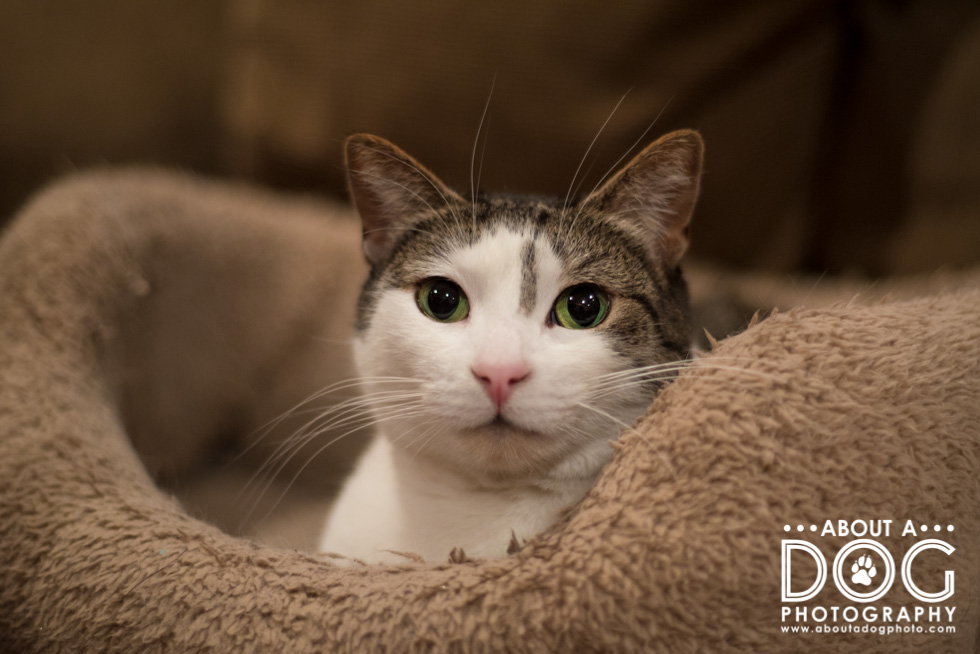 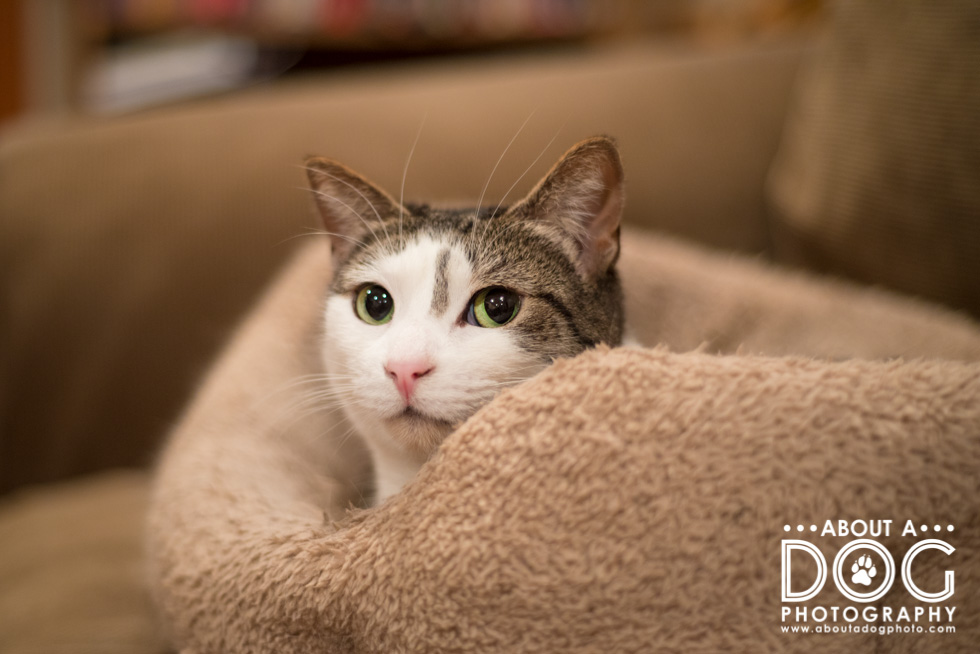 The morning came. The same rug, but this time the light was from a pair of bigger windows and the front door of the house. See the difference in catchlights? 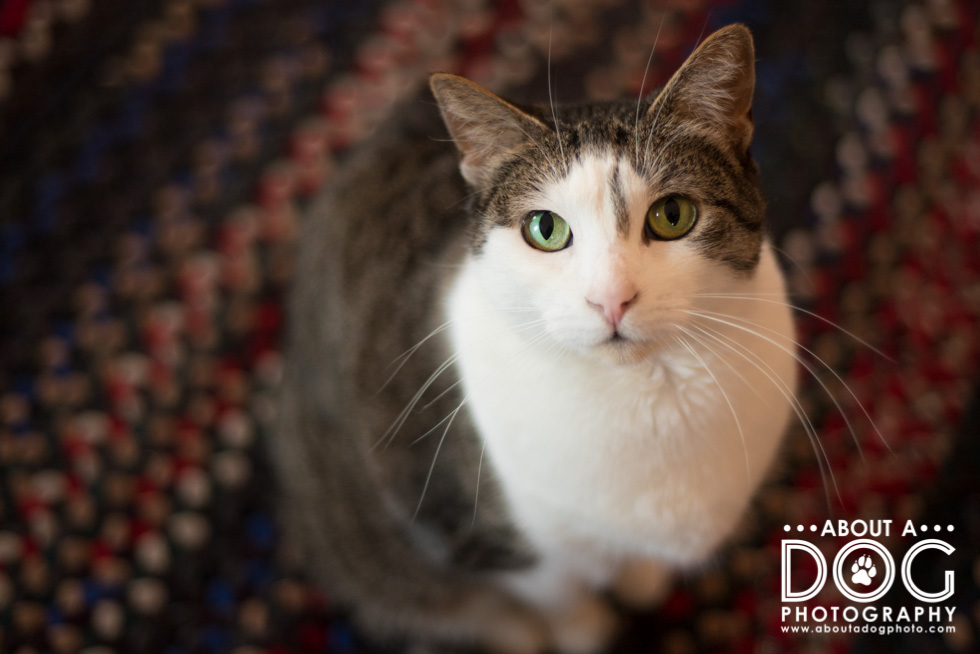 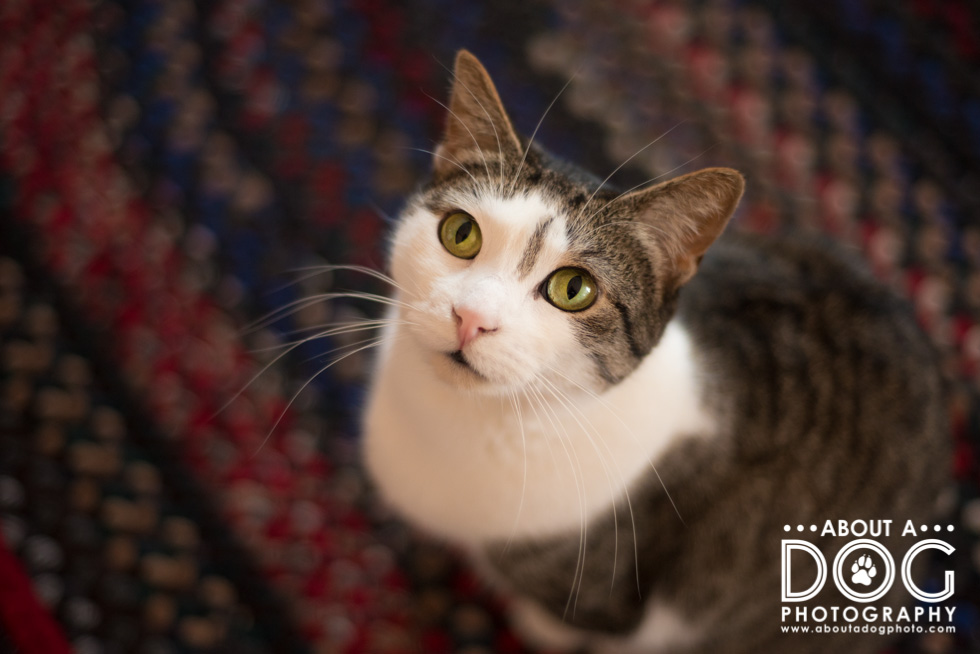 Below is the same rug and a similar pose. The artificial lights are dot catchlights while the natural light is more of a subtle singular light. Plus look at the difference in her pupils!

I had an actual ponytail holder this morning which had Lilly’s attention. In classic Lilly manner, she chased the ponytail when I threw it, but did not pick it up and bring it back. When the ponytail is picked up Lilly has already

moved up the stairs to pounce. After she gets it, and leaves it on the stairs, she then moves up to the landing. 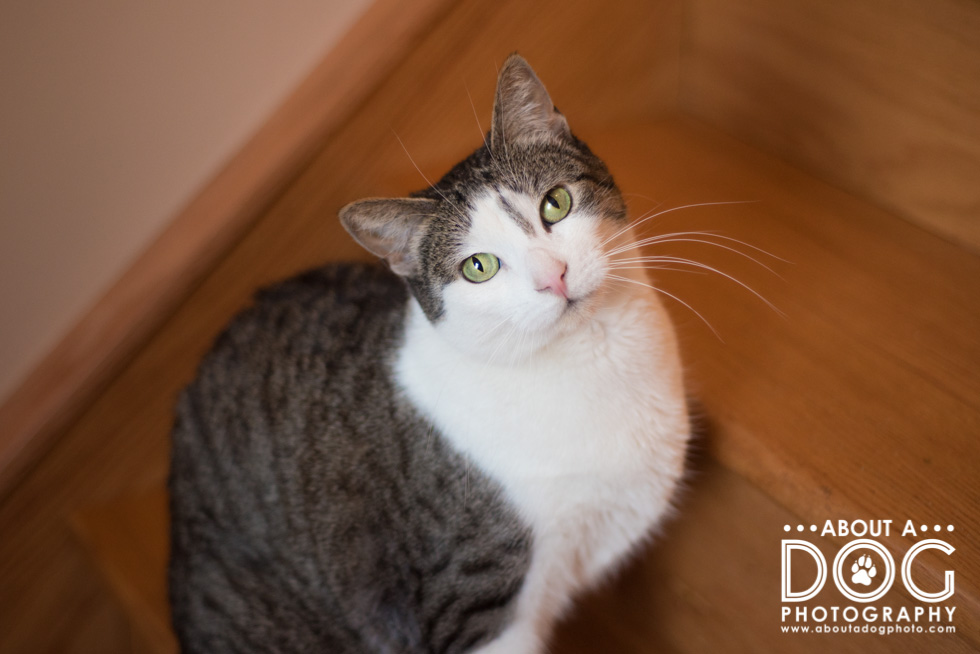 And crouches into a classic cat stalking pose. 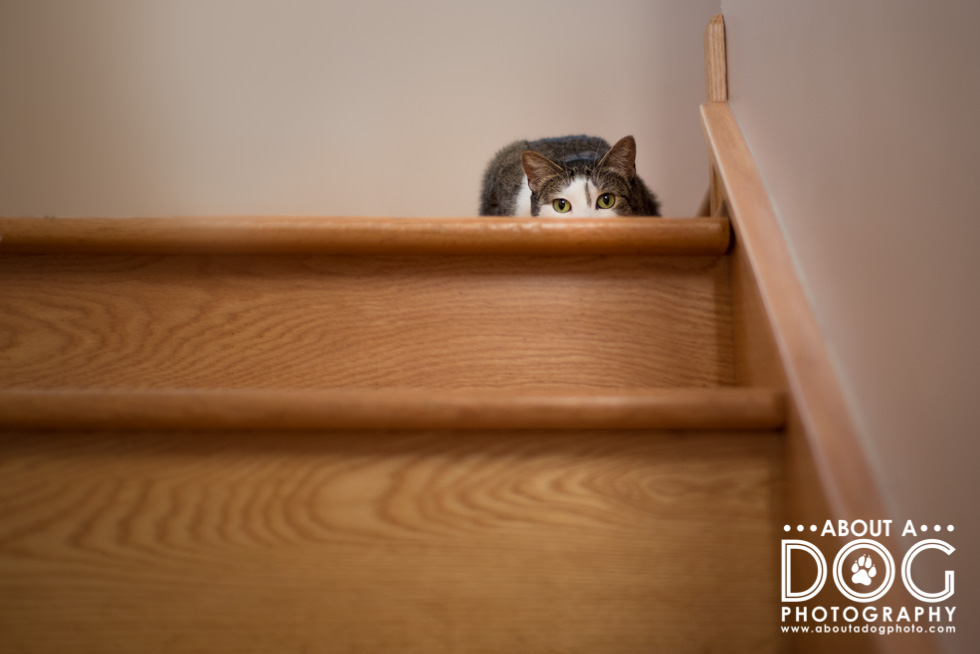 Tootsie was awake, though much more mellow than the monkey pants she was the night prior. You can see out the window in her catchlights! (The soft haze on the left side of the image is from my 50mm f1.8D lens – yay flare!) 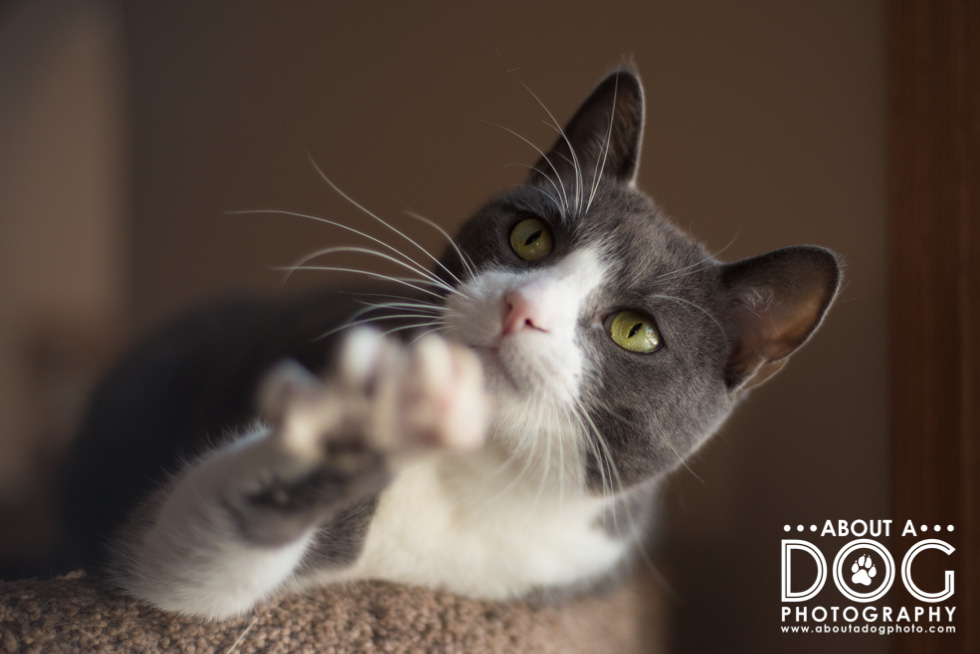 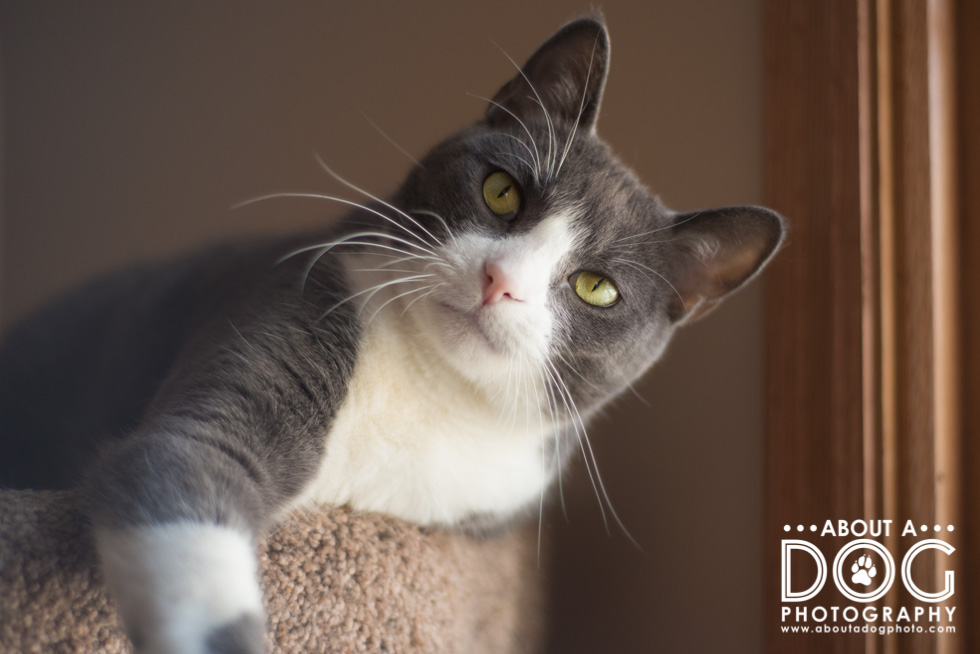 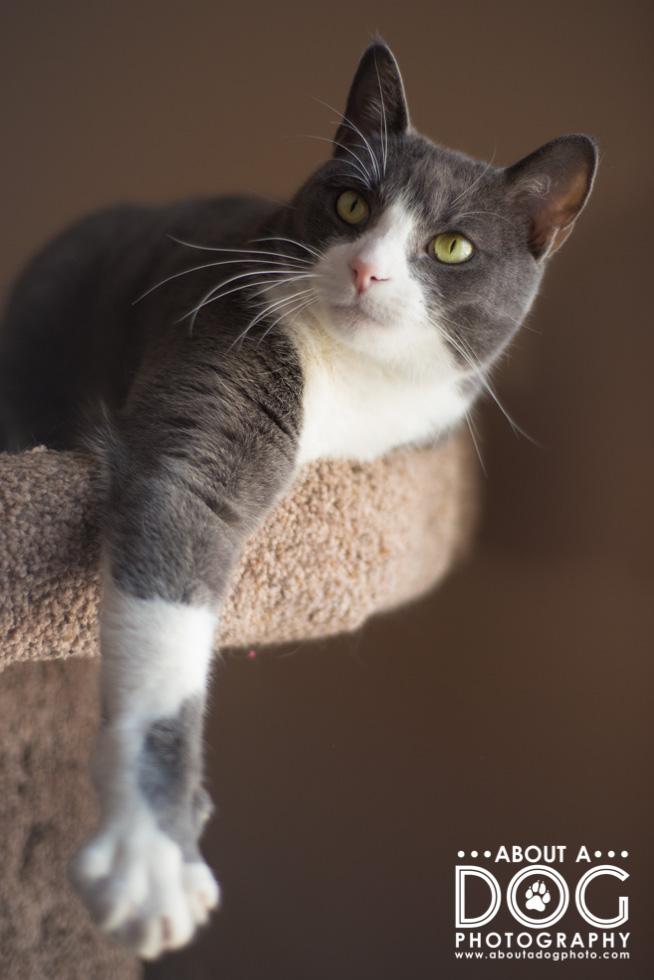 Lilly and the window catchlights. 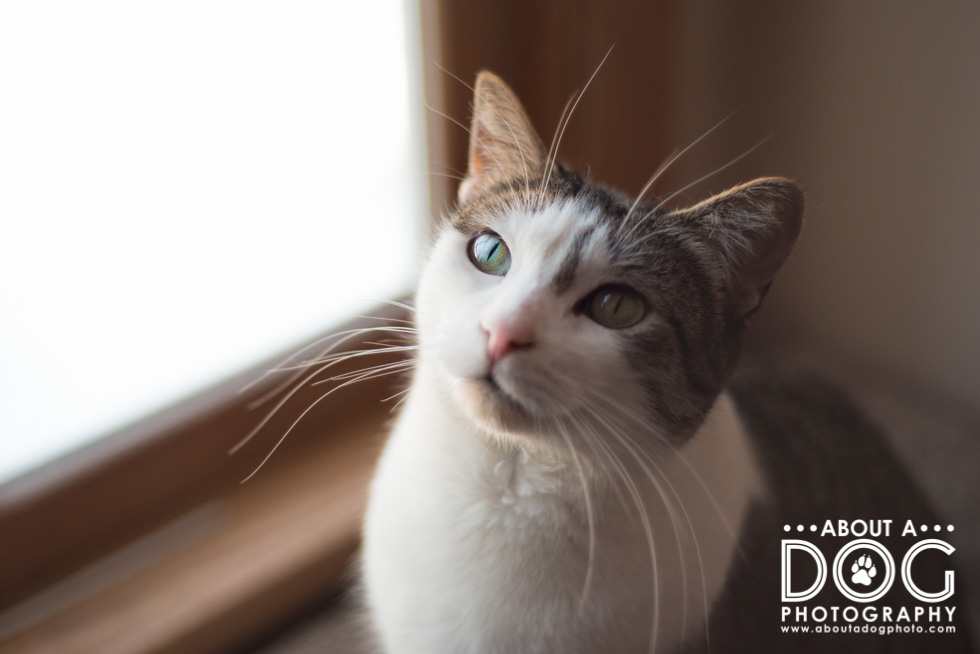 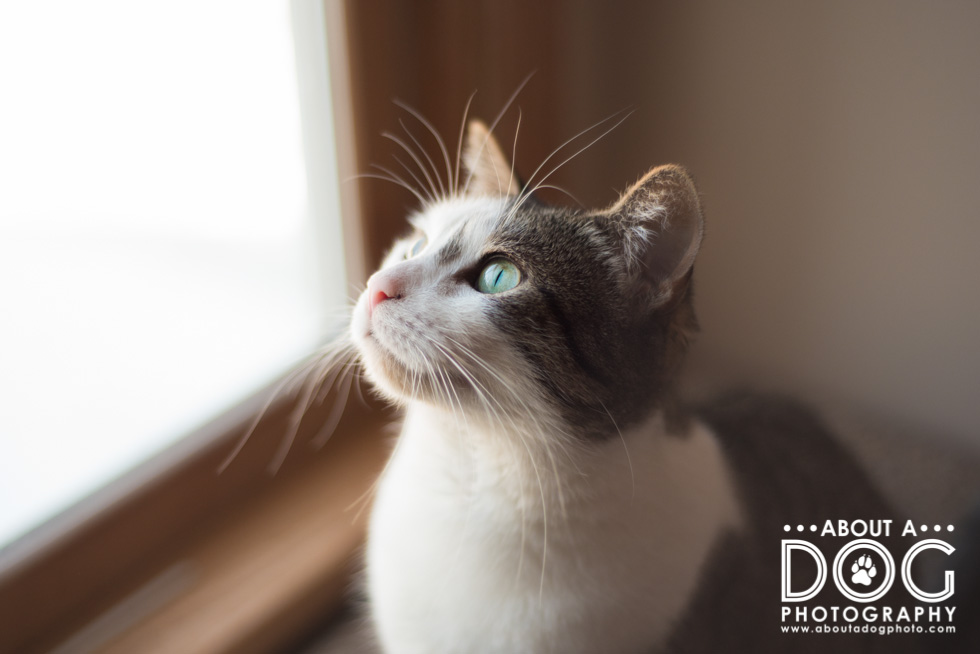 Next up see the catchlights captured by Lynda Mowat from Heartstrings Photography in Hamilton, New Zealand. Photographing pets and their people.