The theme for this week’s 52 Week Project was brick.

A quick back history: Paynesville MN. Established in 1867 in central Minnesota with a New Paynesville not far away (the current town site), a slow growing town with railroad lines and one of the “prettiest” lakes in Minnesota.  In 1904 the two towns were merged, the New part of the name dropped and the town continued its causal growth into the future and present day. Many of the older buildings in town were revamped to modern businesses but still sport their lineage with walls of brick.

Bender was volunteered as the model, and we meandered on a walk from home towards downtown. He’s a photographer’s dog and isn’t afraid of telling me what he thinks of having his picture taken for the bazillionth time… 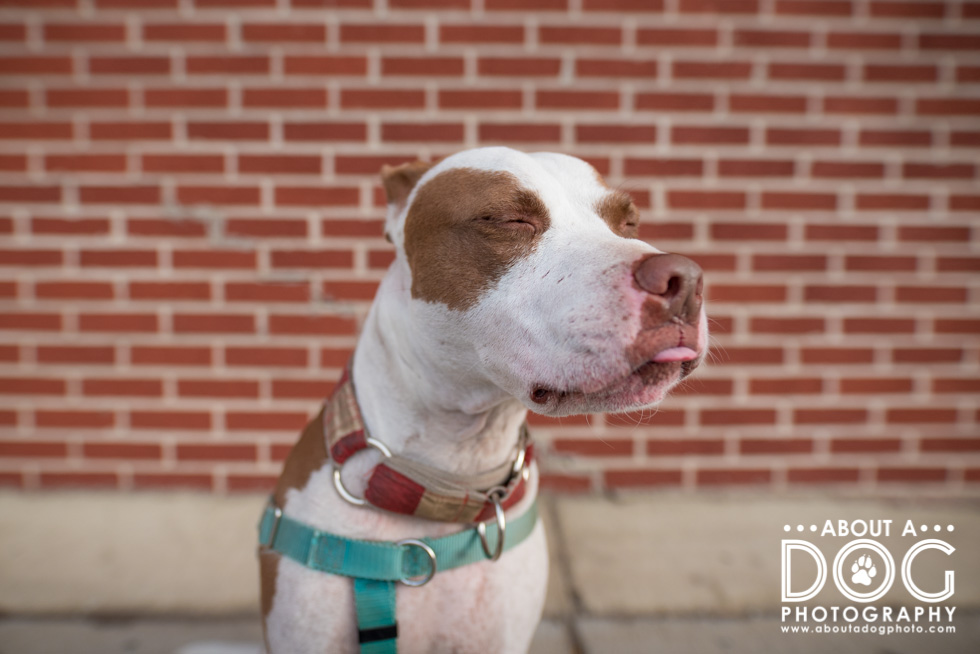 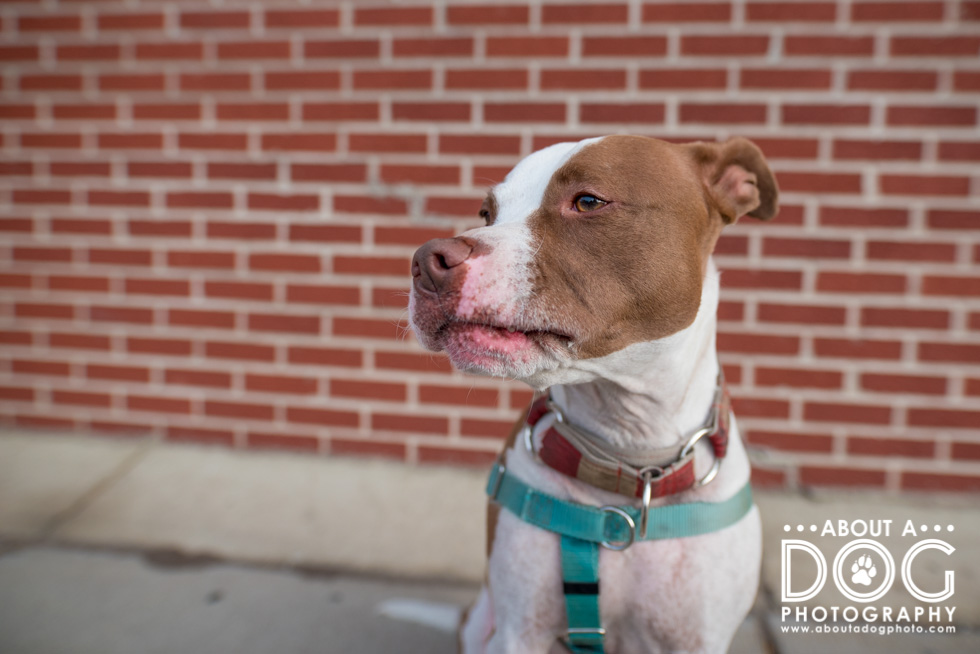 At least the classic brick is very pretty (it use to be a grocery store, then was a junk store, not sure what it was prior to slinging groceries). 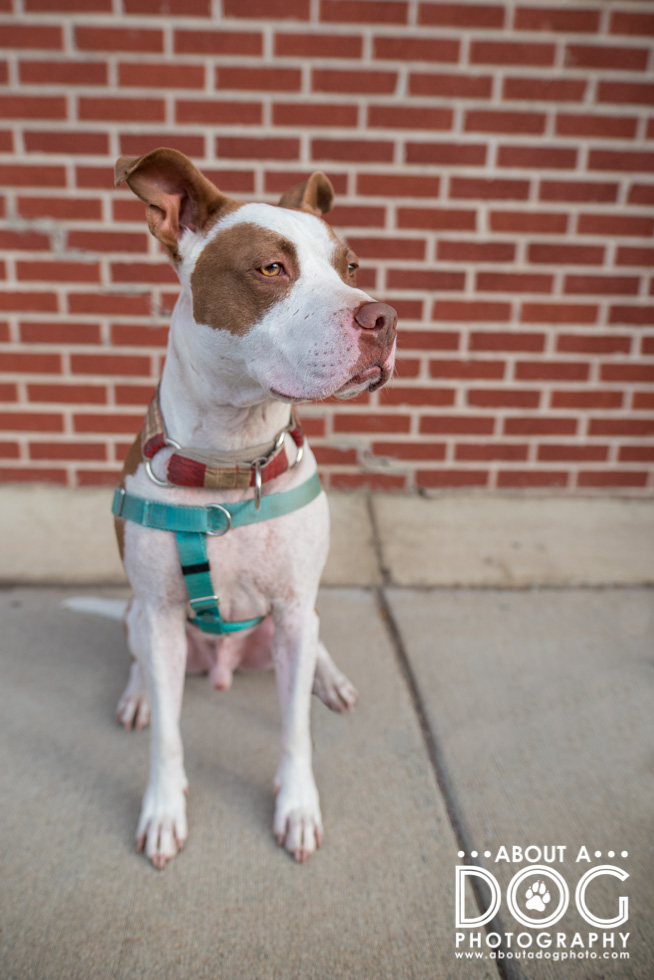 We continued to meander around the alleys and back sides of town. The side wall where the little bakery use to be (their mural is still there, huzzah!) is a side wall of lovely brick and filled in windows (prior to the current residents of a quilt shop, cluttered cozy book store and assorted store, the building housed a Ben Franklin Crafts store – they had quite the candy selection! Not sure what the building was home to even earlier in its days) 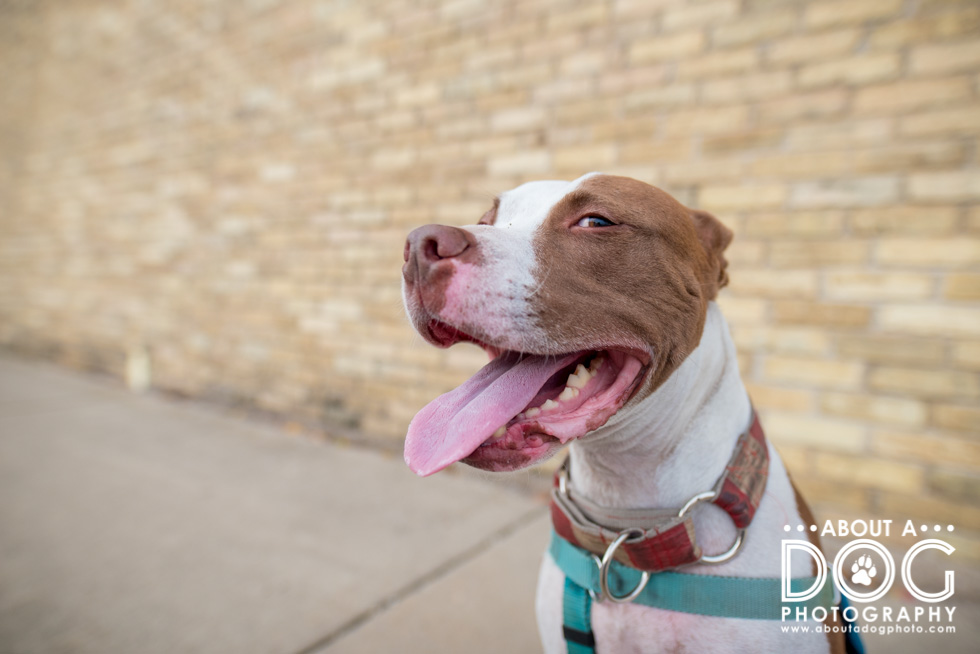 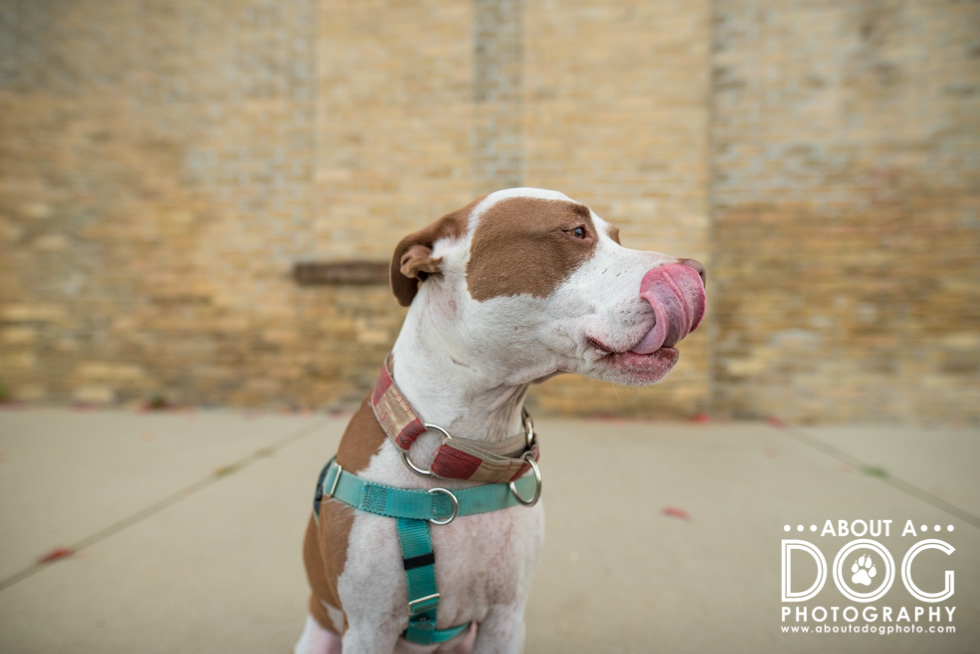 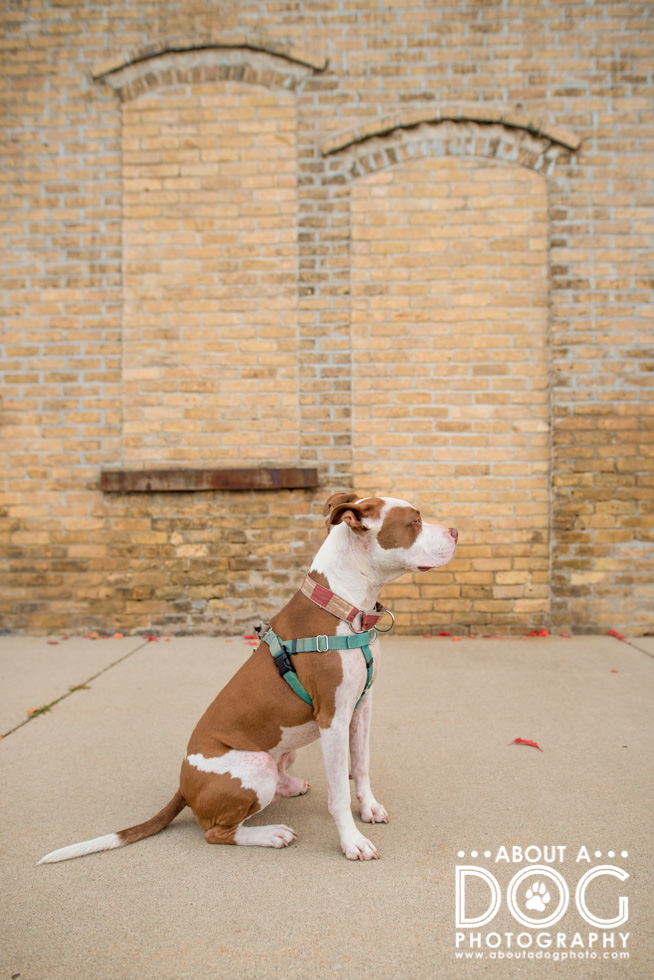 Bender is very notorious for not wanting to look at the camera, not having ears or holding a sit for only the span of 1 second before walking to me to be thisclose. Typically the plethora of sounds I have that work with other dogs hold no interest to get his ears up. Today I found a new sound – a pthbbt buzz that I’m not even sure I could recreate – but it caught his attention… 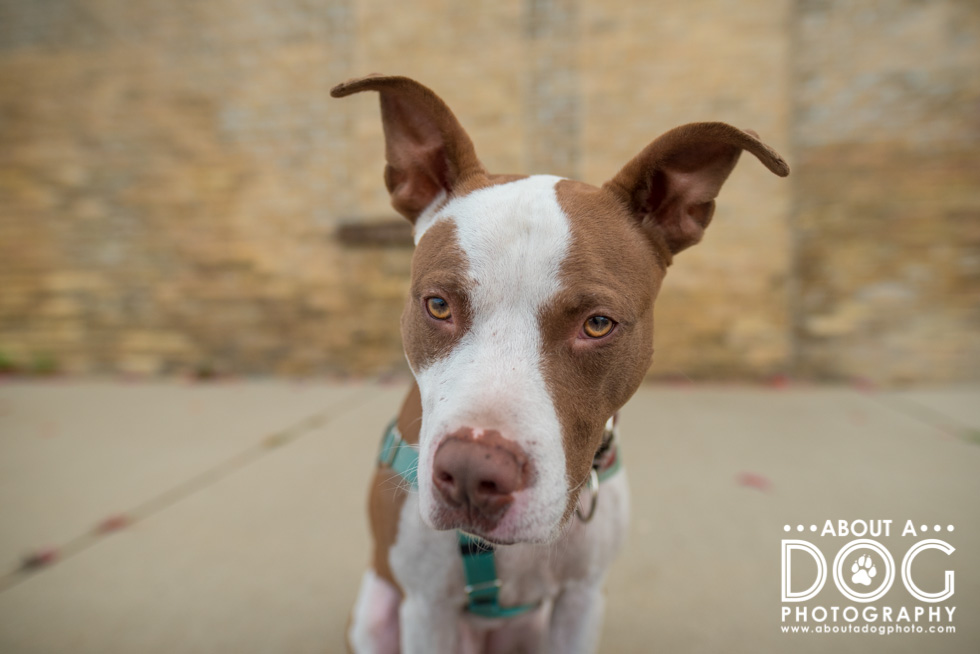 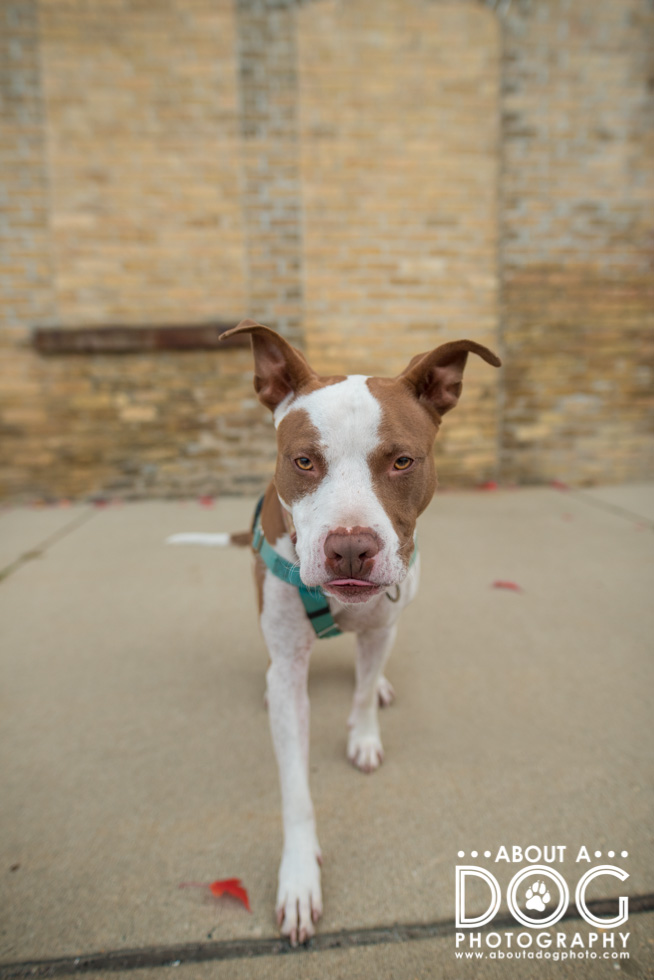 And the novelty wore off and Bender went back to his “I don’t have ears” old man look. (At least he’s looking at me!) 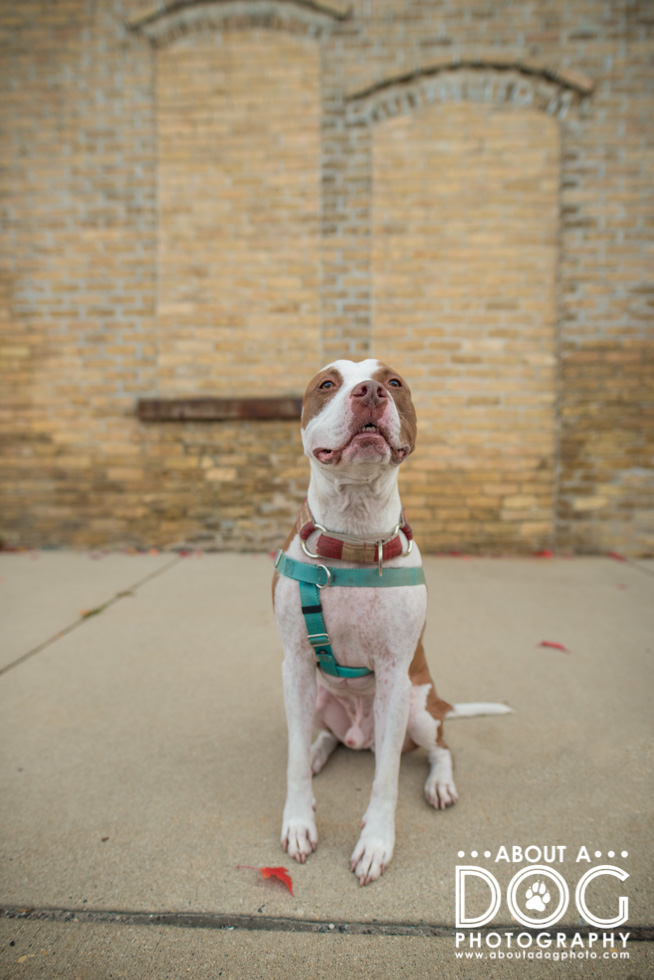 From being “earless” he went into the “don’t look at mom with the camera” mode and looked around at the brick. Luckily he has adorable ears (and a very dirty collar….). Snagged a couple images and we meandered in search of other brick. 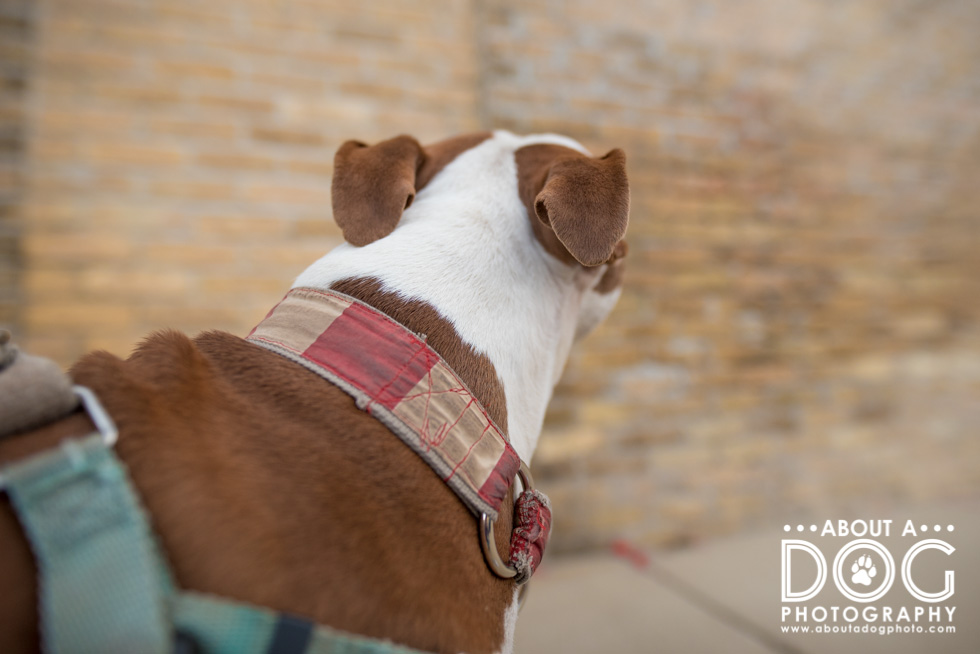 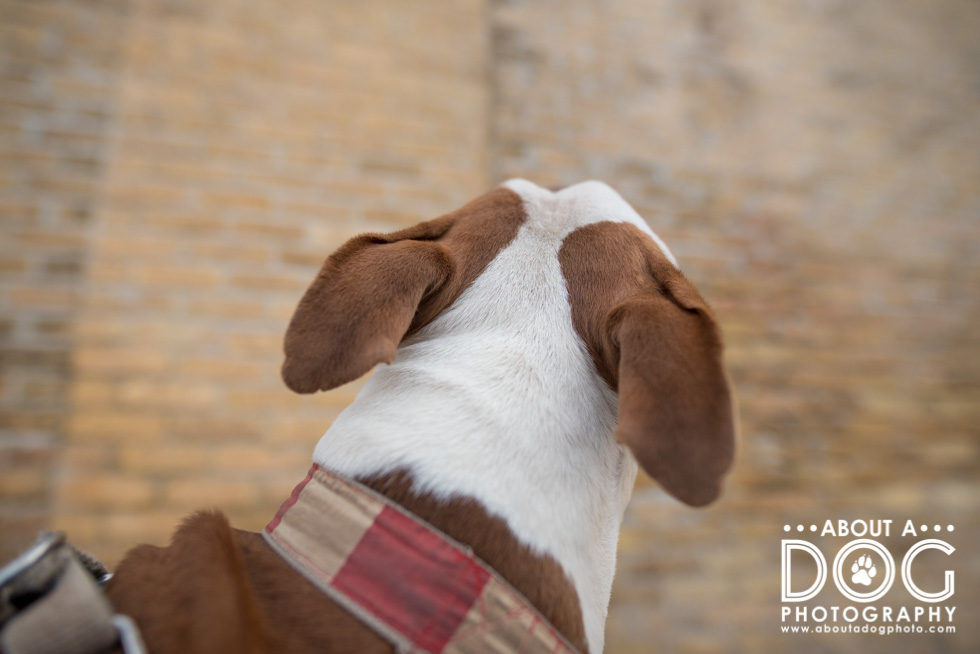 The mesh of new red brick with old yellow brick in a hasty put together job was found at the corner of one of the buildings. There was an ancient pole next to the building, seemingly held together by the rusted staples and nails that covered its surface, that was called into business as a hitching spot for Bender. The business behind the alley was open and a pair of people moved behind me doing their activity – perfect! One of the easiest ways to get Bender’s attention and ears up because he is mega NOSY! 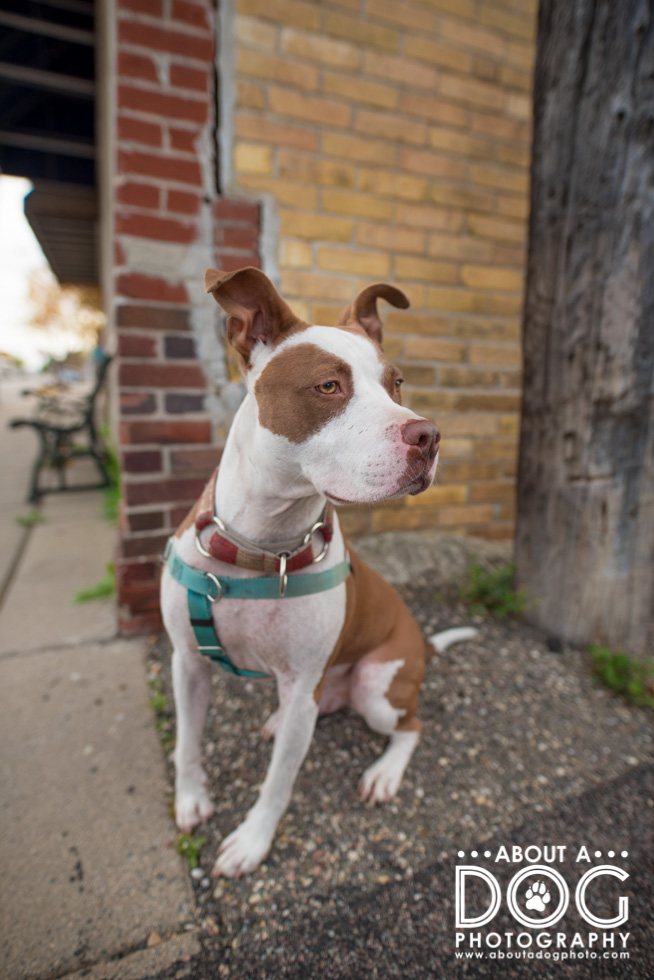 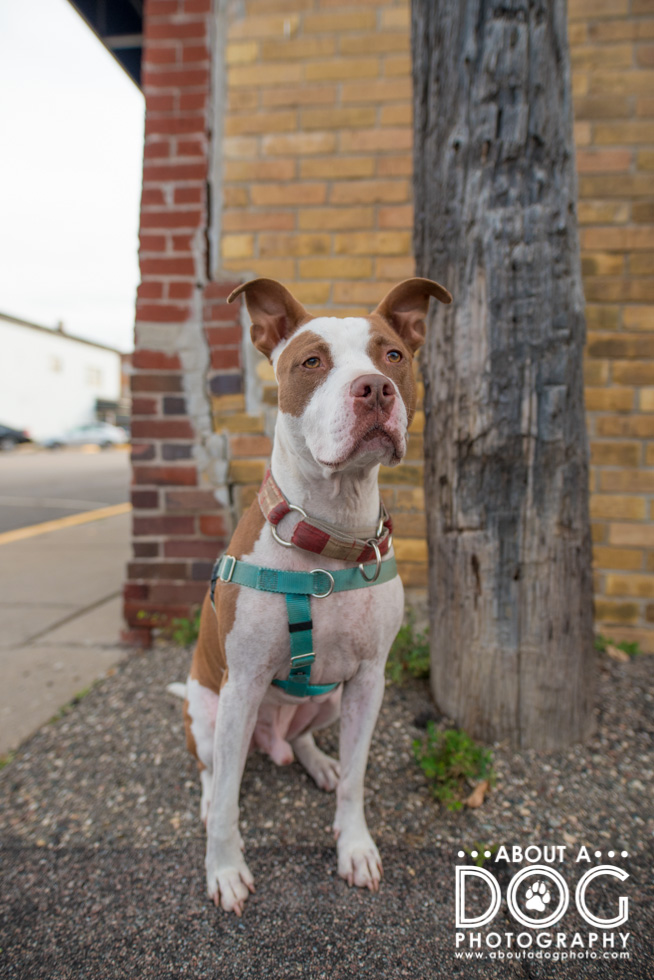 We shifted slightly down the alley to a hastily filled in door space of contrasting bricks. No idea what the building had been in its day. 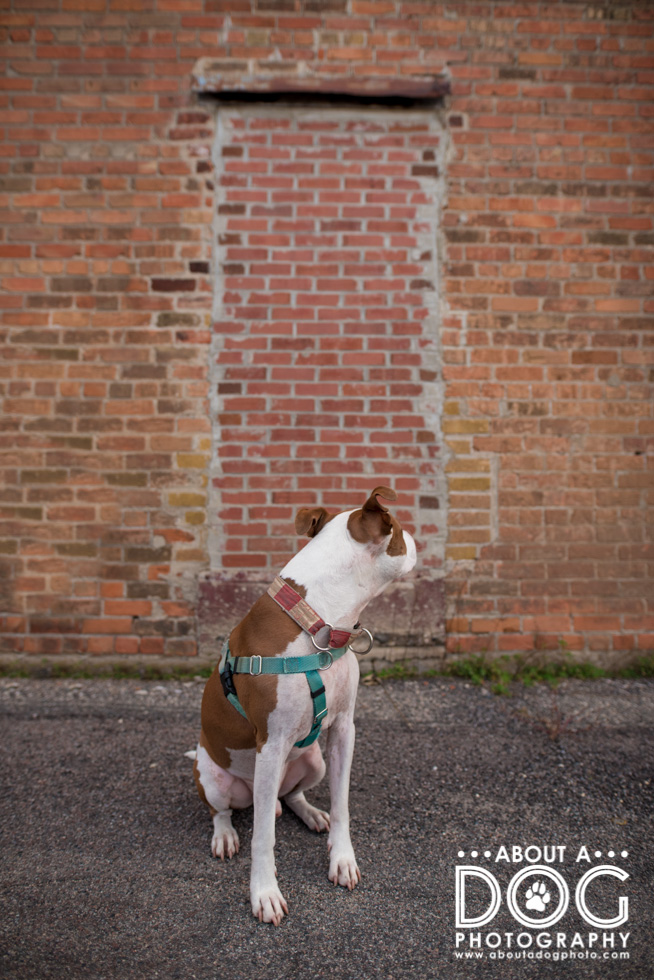 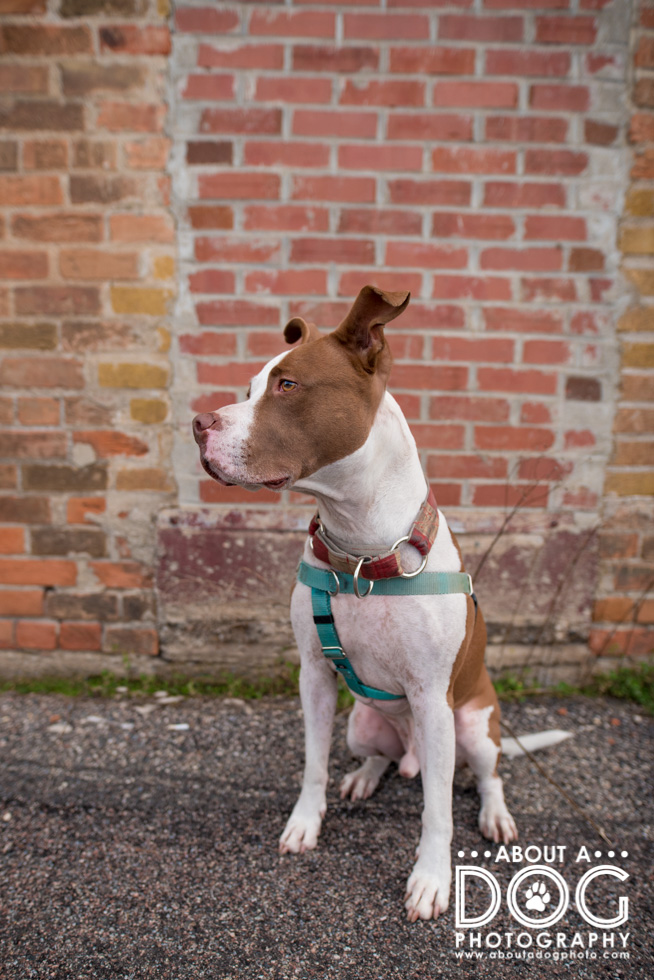 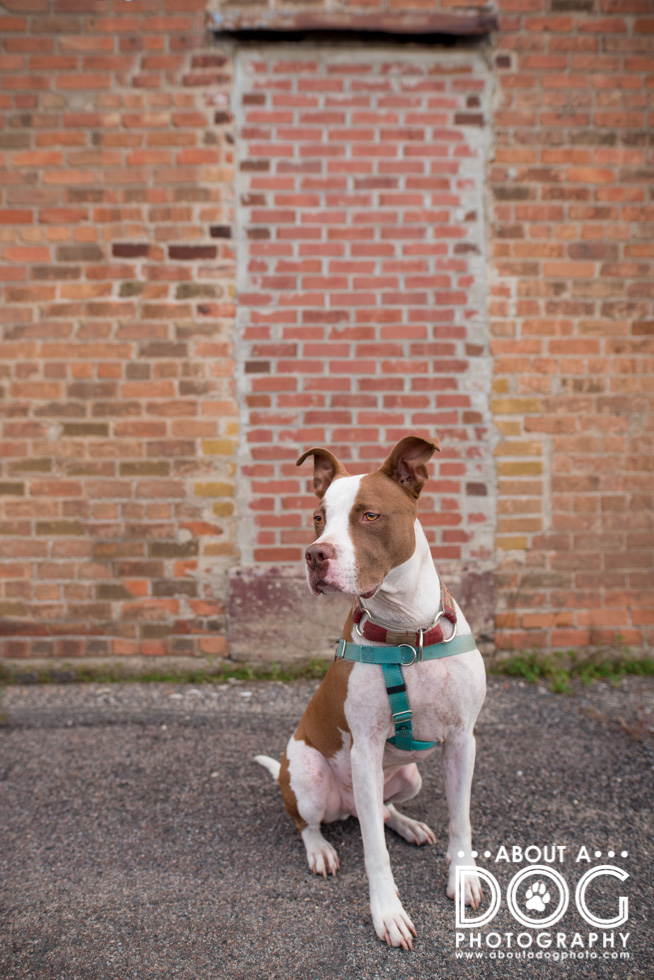 We continued to meander, finding brick on nearly every building downtown. One of the more interesting buildings is a tall yellow brick structure that once was the Merchants Hotel (built early in the 1900s – the building is still standing and now functions as an apartment building). On the backside of the building an entrance/fire escape crawls up the brick. Upwards we adventured, the structure rusting but solid, with only a minor give to the steel plate at the base of the second set of stairs. 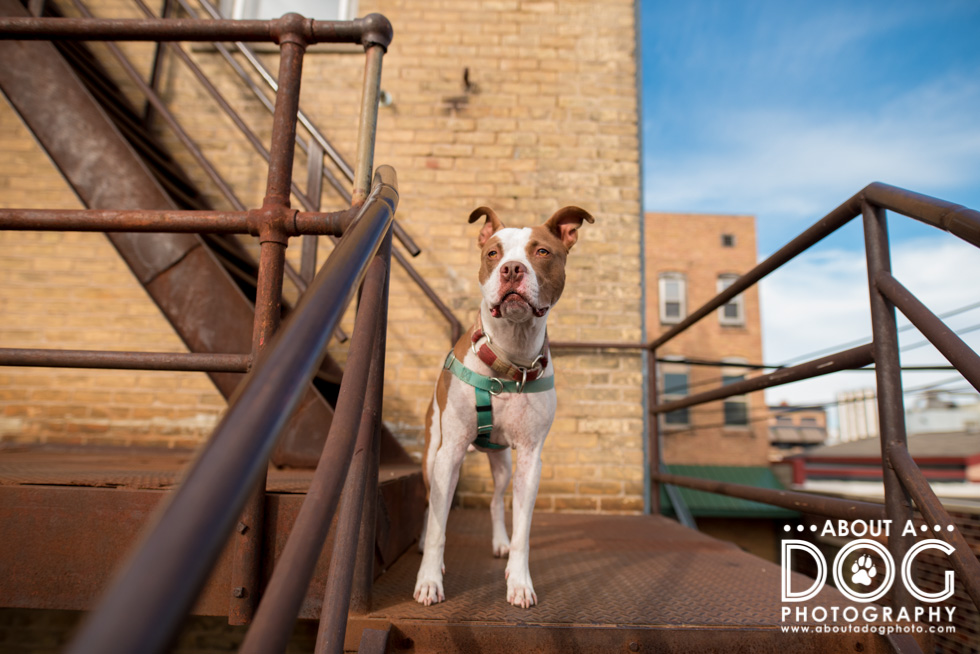 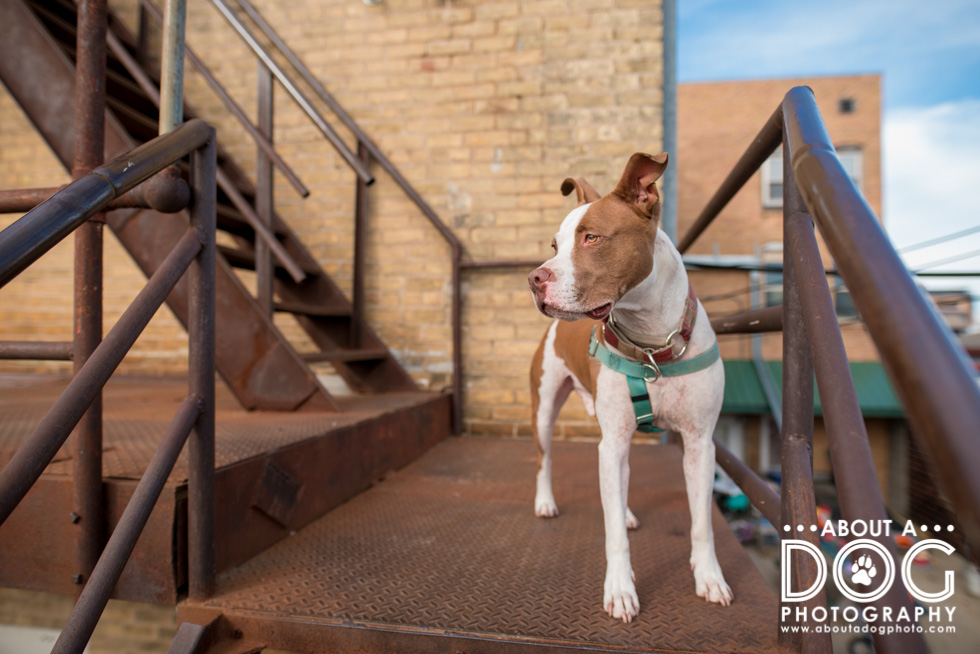 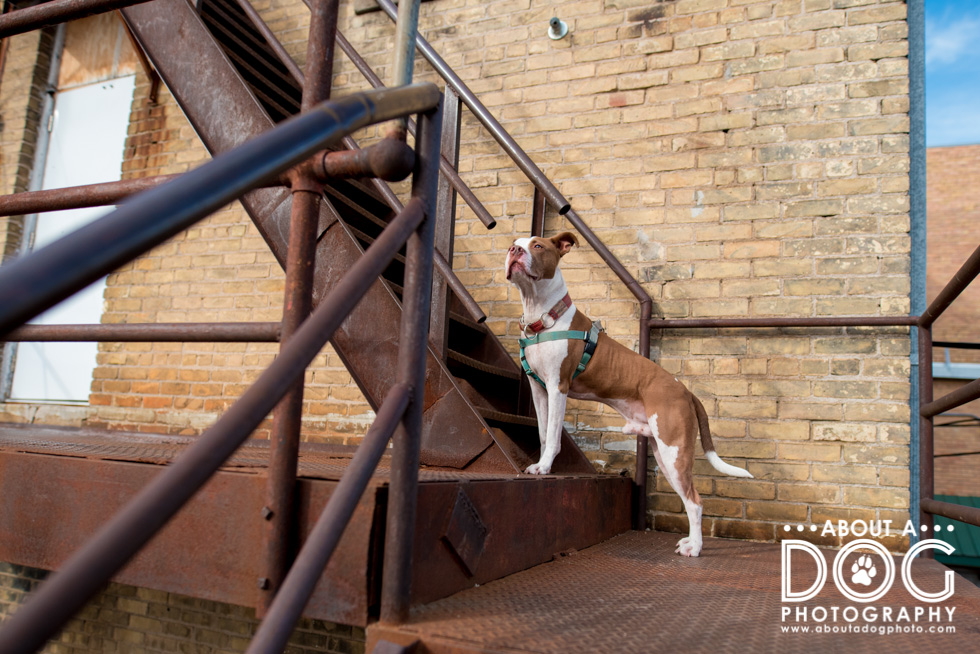 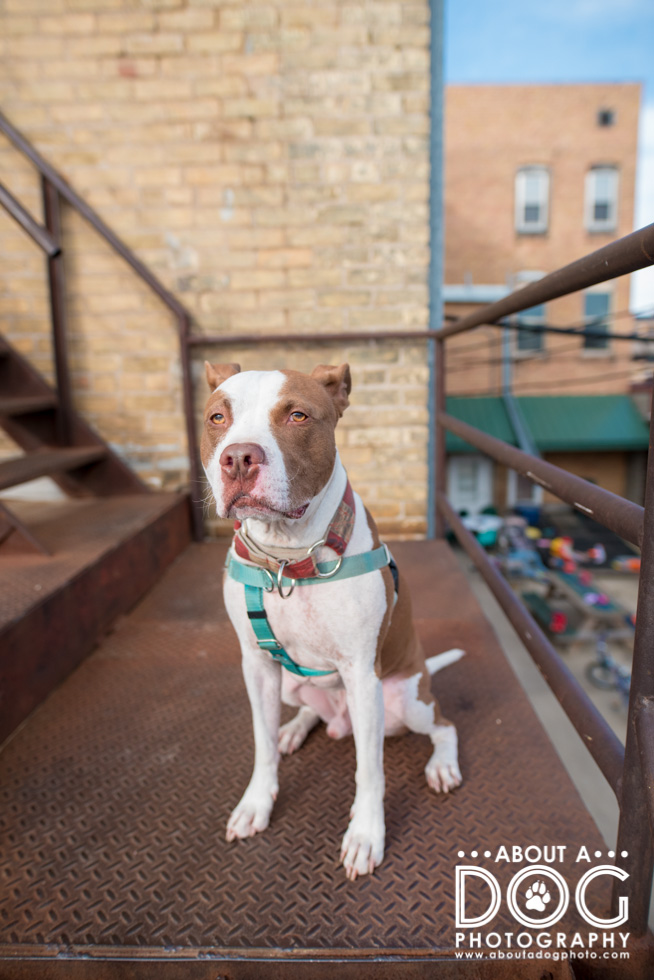 Downward to continue the meandered quest for brick. A mashup of old and new…  a spot that always is overgrown and has a slight creepy factor to it. 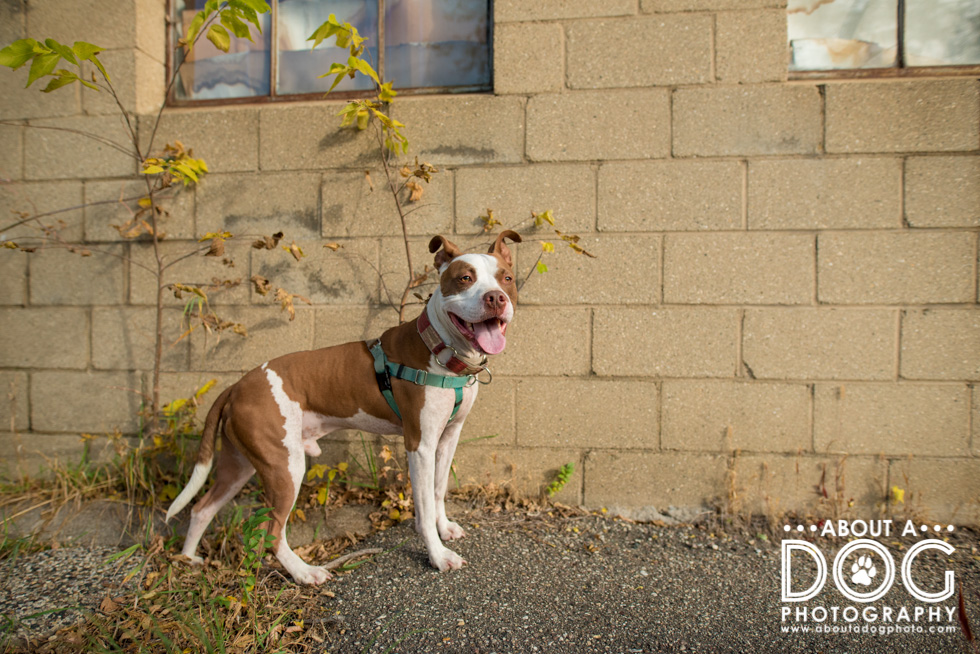 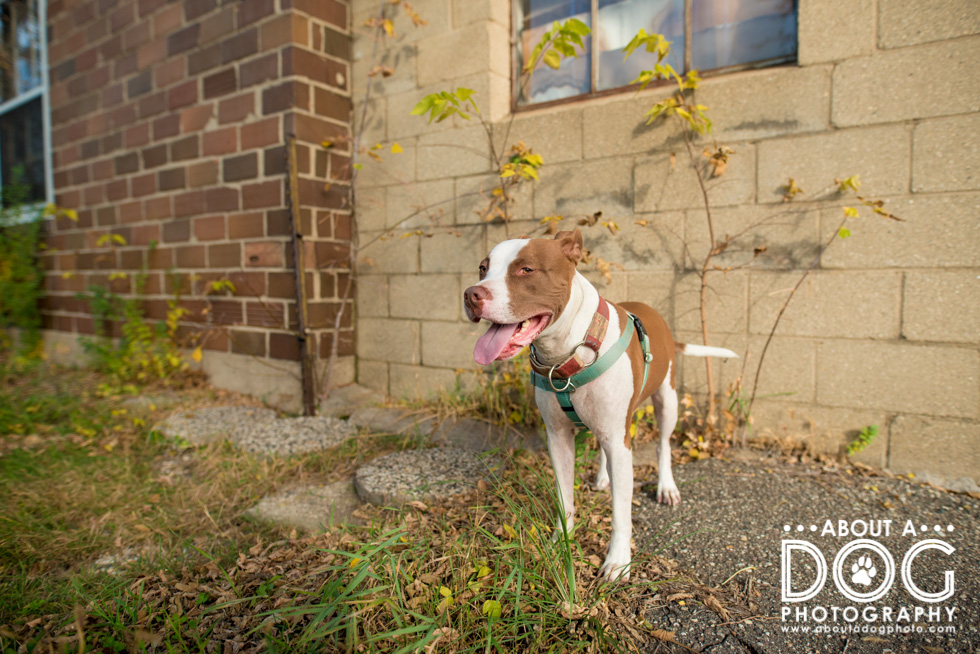 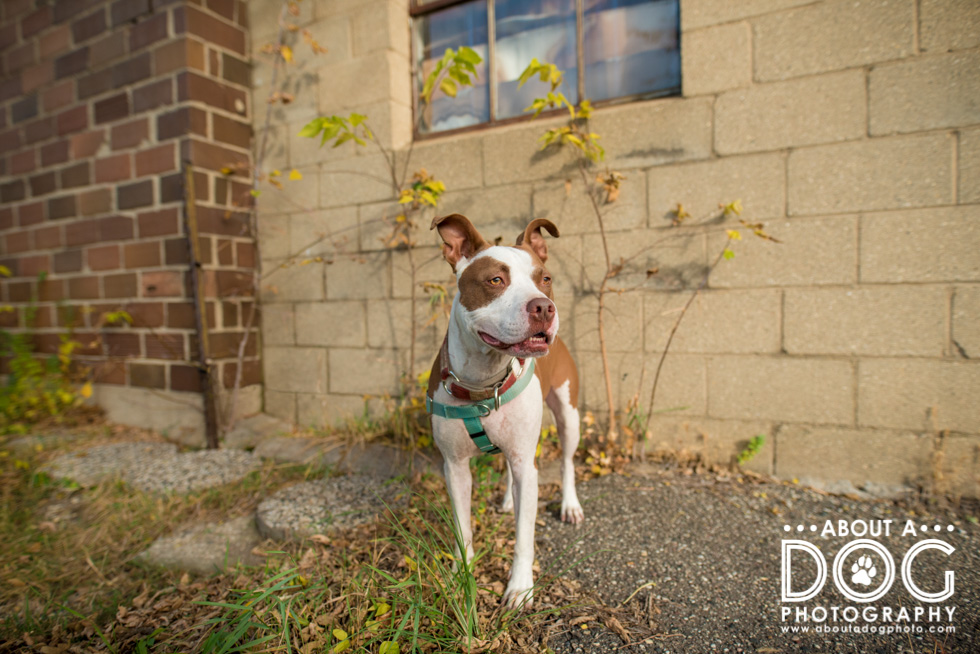 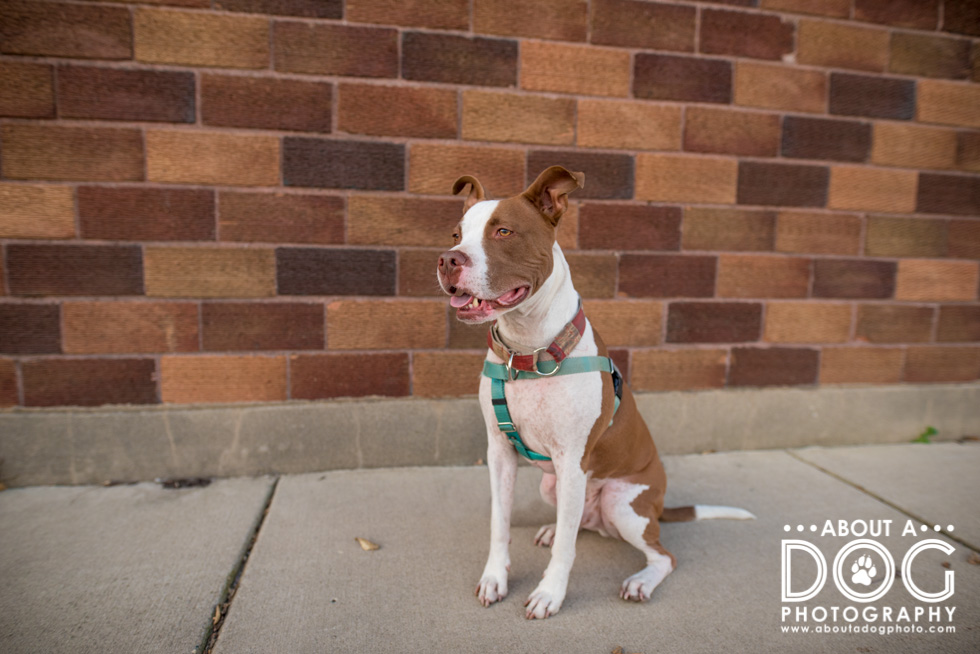 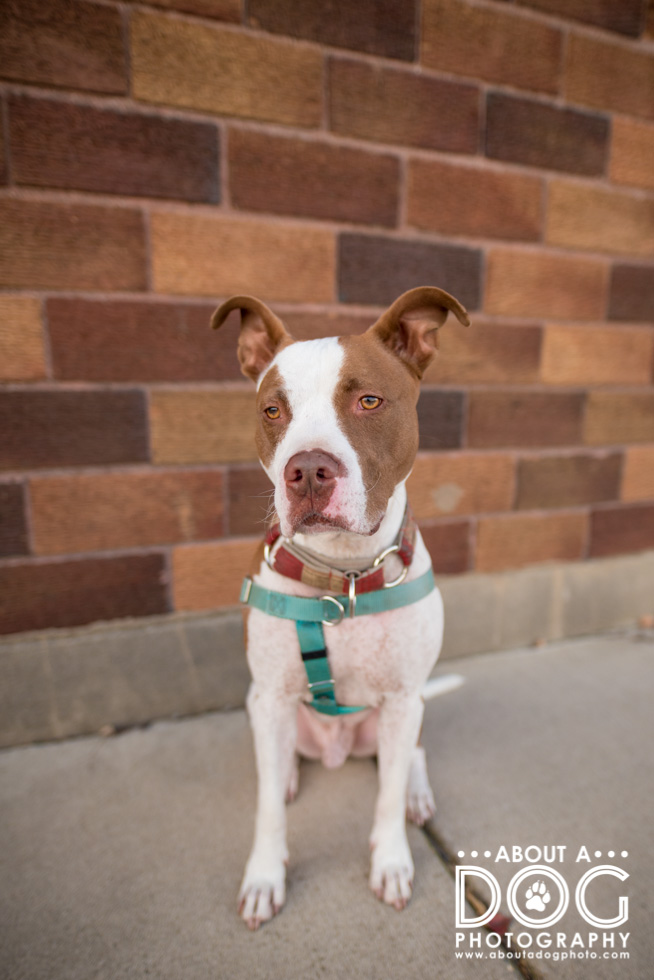 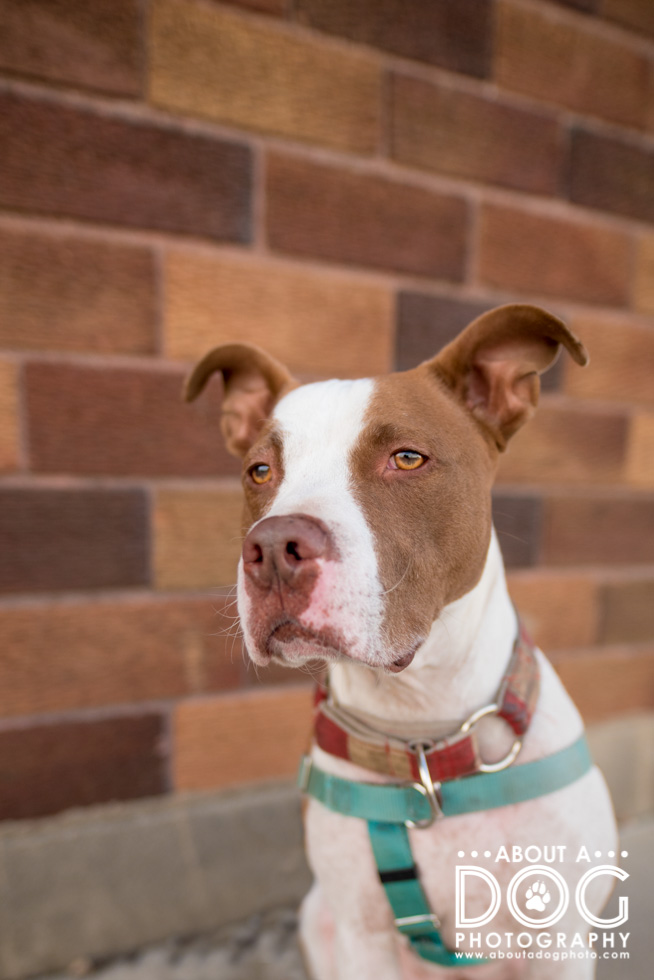 Next visit Pet Love Photography, serving Greater Cincinnati and the San Francisco Bay Area to see the brick she found!