A lovely theme for the 52 Week Project as it is the month of love!

I wanted to created heart bokeh (bokeh = aesthetic quality of the blur produced in the out-of-focus parts of an image produced by a lens) so I purchased some Valentine’s lights, and a black piece of poster board. Commence cutting smaller squares that would cover the lens and hearts! Lots of small hearts cut out later (smaller hearts are better!) I was ready to do some test shots.

The subject – the semi willing, but squirmy Tootsie, who was all excited that I moved the cat perch in front of the door.

The challenge came in first with my 85mm lens. It has the best bokeh, but keeps me farther away from my subject so they tend to wrangle themselves. Additionally, I was manually focusing on the fly – which with a moving subject is a MEGA challenge! But it seemed to work! Yay!

Wanted to try a strung look to the lights instead of draped so I slung them over the cat perch. Then tried a different heart cutout (looks more like a butterfly/bug) and Tootsie’s modeling went a little topsy turvy… 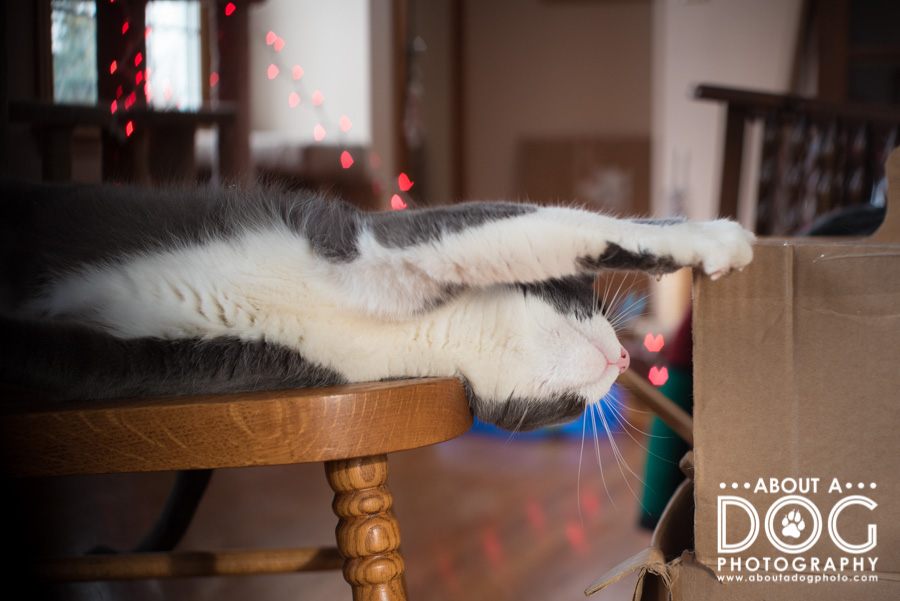 With an idea that the lights would work, I wanted to try my other idea that involved red poster board. Bender wasn’t quite as thrilled about the theme being love…. 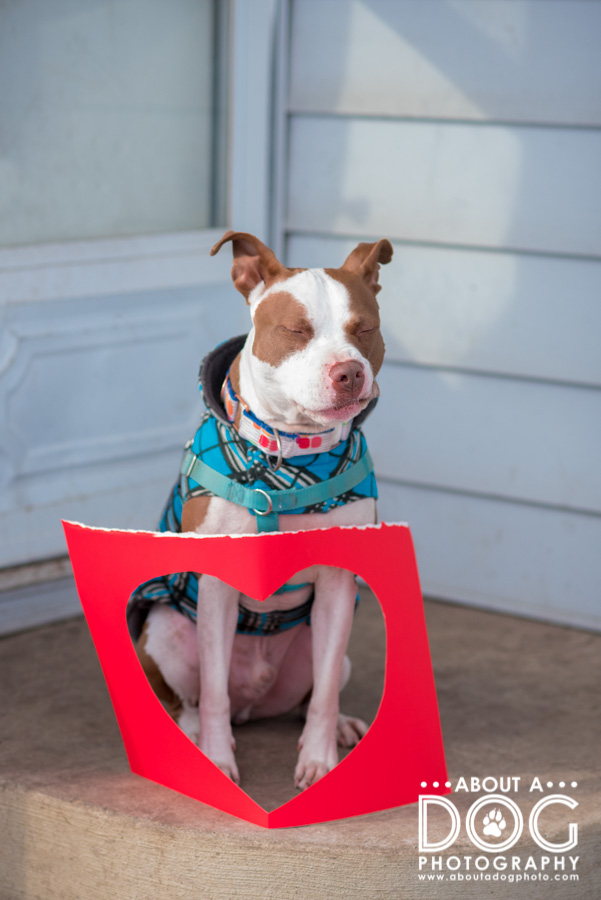 Outside didn’t work (poor Bender was freezing his buns off), so we tried for some inside. He’s giving me his best suave “I love you because you have cookies and I’m going to be very close to you and show my impressive lay down when you ask for a sit” skills. 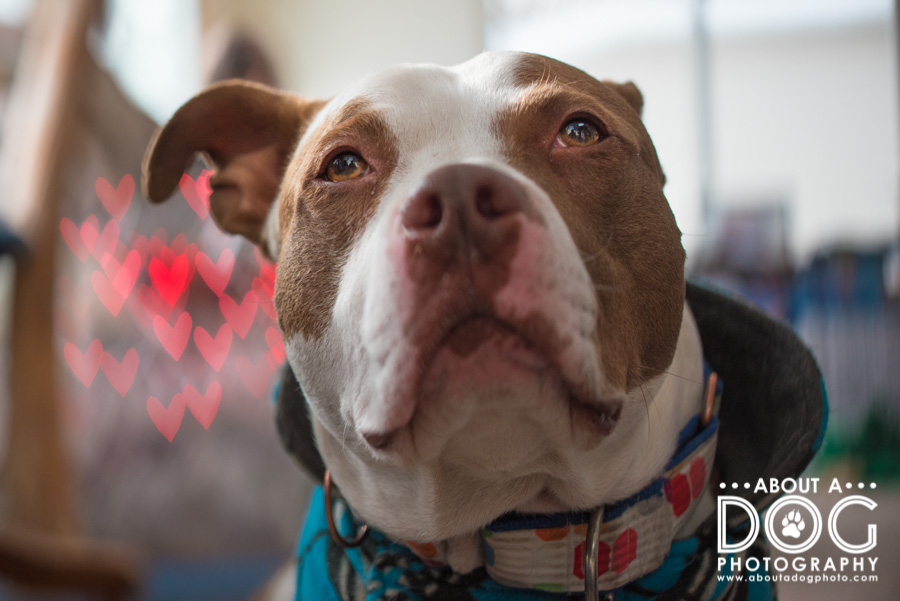 Having a bit of a bust with Bender, I waited a bit until it got dark outside. Switched dogs (Bender & Axle do not get along very nicely so they are on crate and rotate – this is why you never see an image with both of them in it) strung the red LED lights I re-found between the dog crate and table, as well looped the pink Valentine’s lights on the old cat perch, grabbed some treats, and captured the poutiest love pup there ever was… 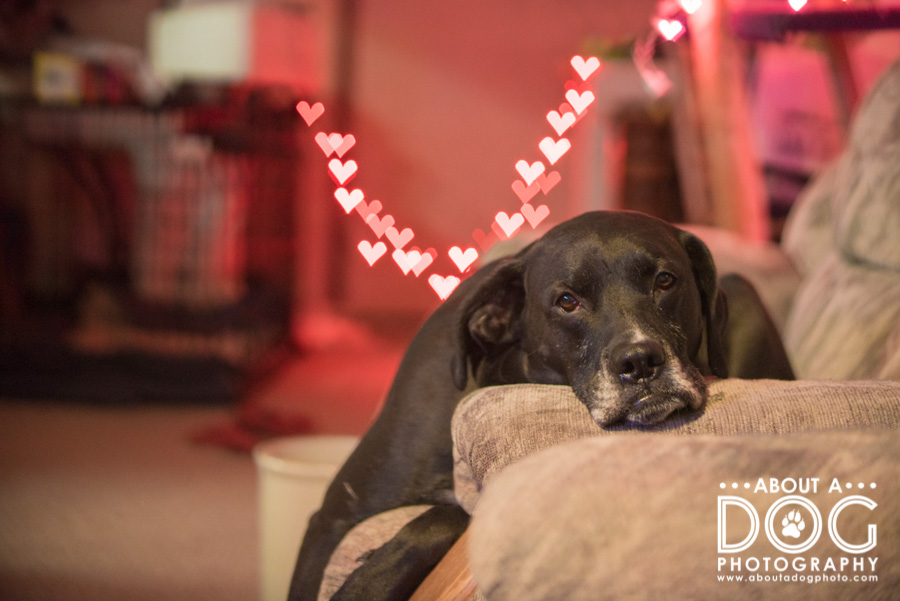 Next up visit Sandra McCarthy Photography (based in NH) to see how she interpreted the theme of love!