This week’s theme for the pet photography 52 Week Project was Framed.

First my brain went  to the movie Who framed Roger Rabbit but I wasn’t sure either Axle or Bender could pull off Roger, let alone Jessica Rabbit! Haha!

The second idea went to Axle pouting in a jailbird outfit, perhaps with a sign that said “I was framed…” With no jailbird attire, it stayed an idea. Perhaps in the future…

From there I mulled a bit, leaning towards using a playground and using the shapes to frame one of the boys. Huzzah! I remembered I had a frame that was missing glass and I could literally frame my subject with it. Had to get a little crafty to figure out a way to get it to stand (spray paint cans behind it) then Bender and I headed out towards the lake.

Our first stop was the carp trap/dam. There’s a spiffy walking/biking trail that weaves its way around the lake and at the carp trap it has a quaint new walking bridge spanning the water. Tied up Bender, set up the frame and laid down on the bridge. Then waited for Bender to move into position, repositioned myself to frame him. The results. 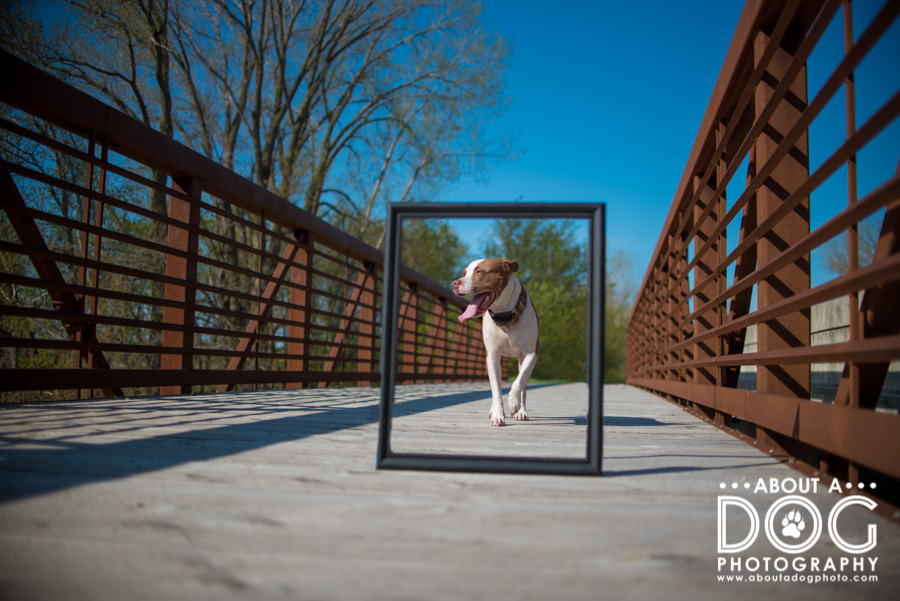 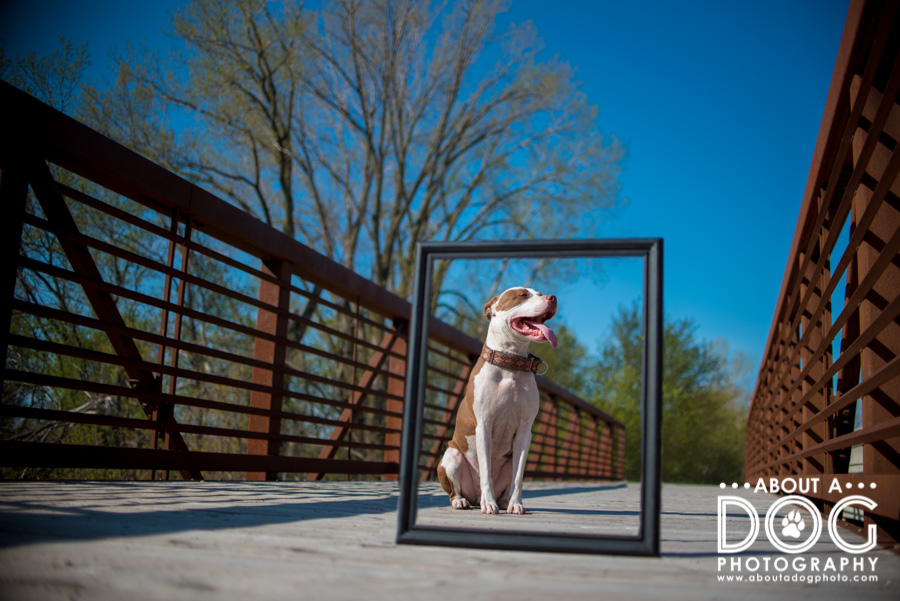 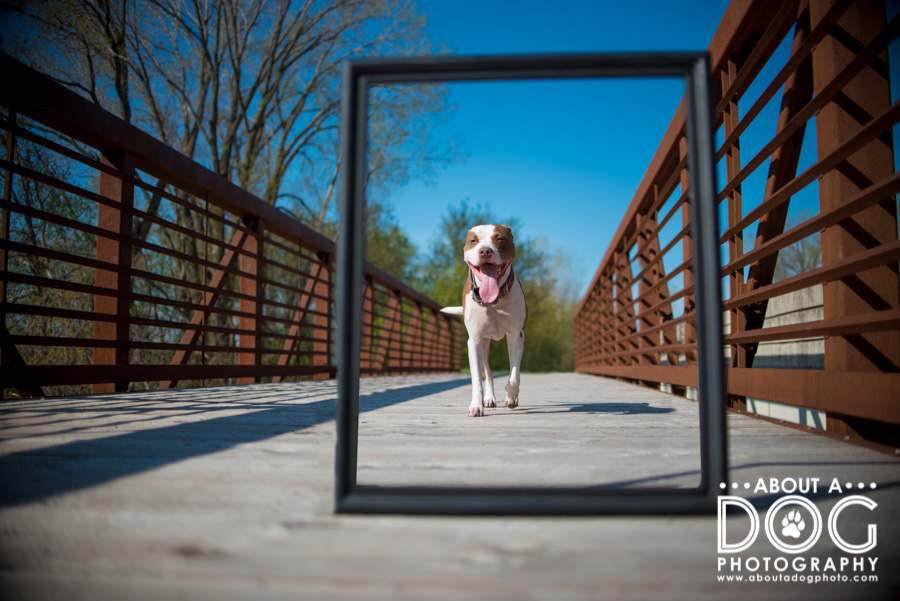 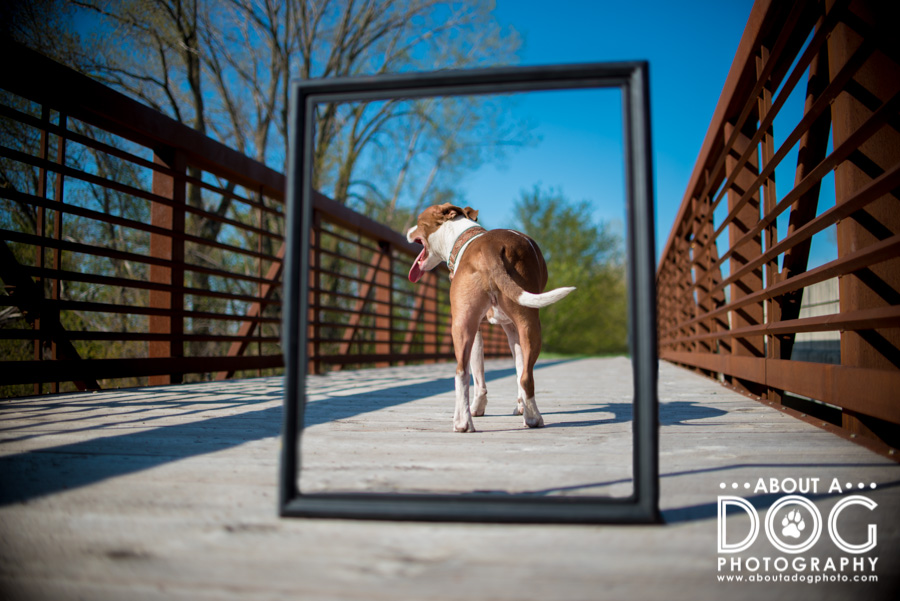 My ingenuity was great for holding up the frame, but it meant I had a bit more magic to do to the images… 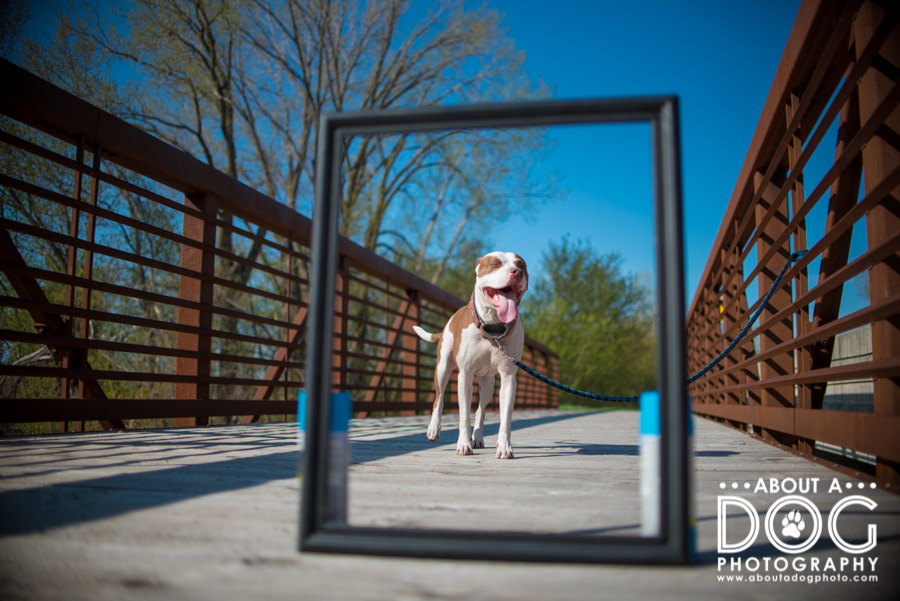 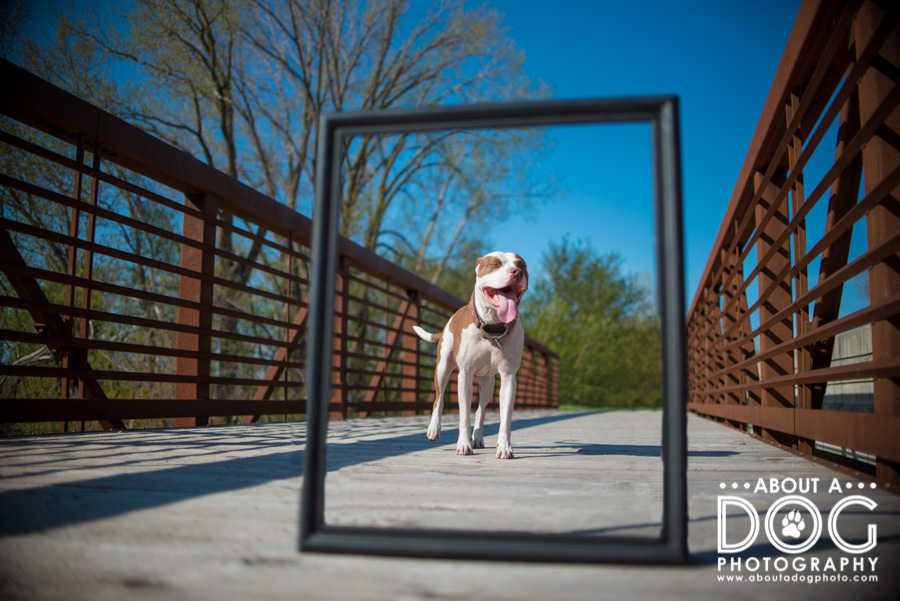 We loaded up and continued to wrap around the lake to the park where we had seen the dragons and dinosaurs. They were nowhere to be found, only the grounds keeper and his zippy riding lawnmower. Since there wasn’t any worry of a passing t-rex or triceratops, we made our way to the playground. It snowed and rained the past couple of days, so the ground was boggy, but the playground was dry. 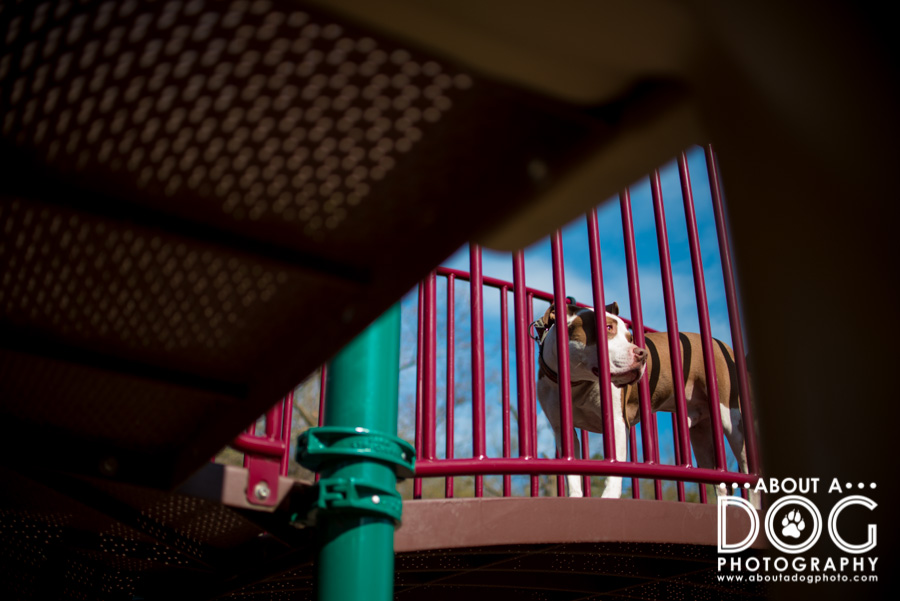 We meandered down to the lake, were intrigued by a pair of Canada geese, attempted a couple framed images, but the breeze off the lake thought the frame was best knocked to the ground. We dipped our feet in the water (ok Bender did, still a bit too cold for me), then loaded back up into the car to meander home, windows down, wind styling our hair and ears.

Next visit Pet Love Photography, serving Greater Cincinnati and the San Francisco Bay Area to see how she “Framed” her subjects!