This week’s theme for the 52 Week Project was before & after.

What better theme to show the “magic” that happens behind the scenes during the final editing process included in every About A Dog Session. Eyeboogers, leashes, head swaps, trash & dirty snow cleanup, removal of body parts are are no match for my “magic” skills (yes my magic is performed in Photoshop). 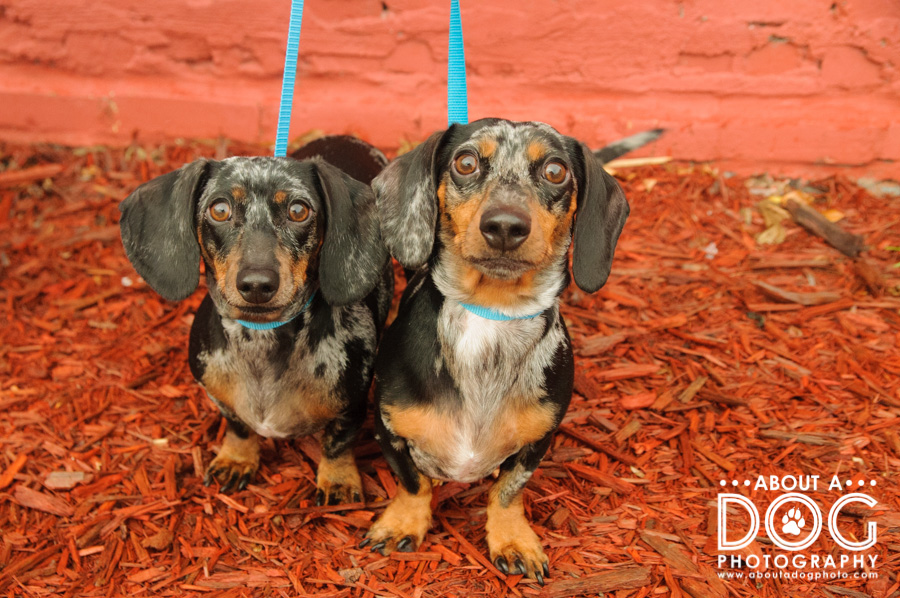 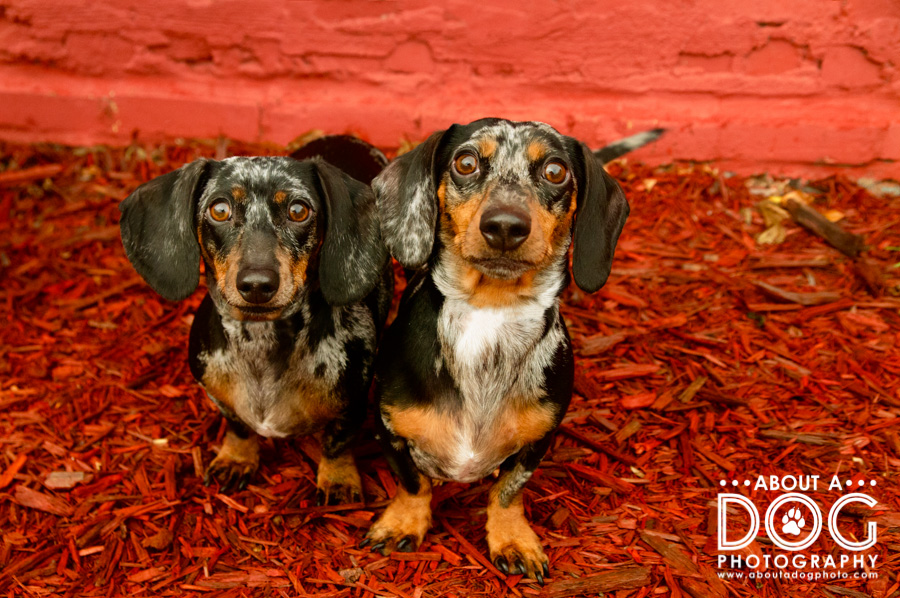 Mickey & Penny (new re-edits,  from October 2013). Removed the leashes/collars, cleaned up a couple of spots on the wall behind, and removed the light colored stick under Mickey’s tail. Added contrast and lightened eyes and faces.

Mickey & Penny again! Removed leashes and mom’s legs as well as the spot next to Penny’s ear. Added contrast, brightened their eyes and faces. 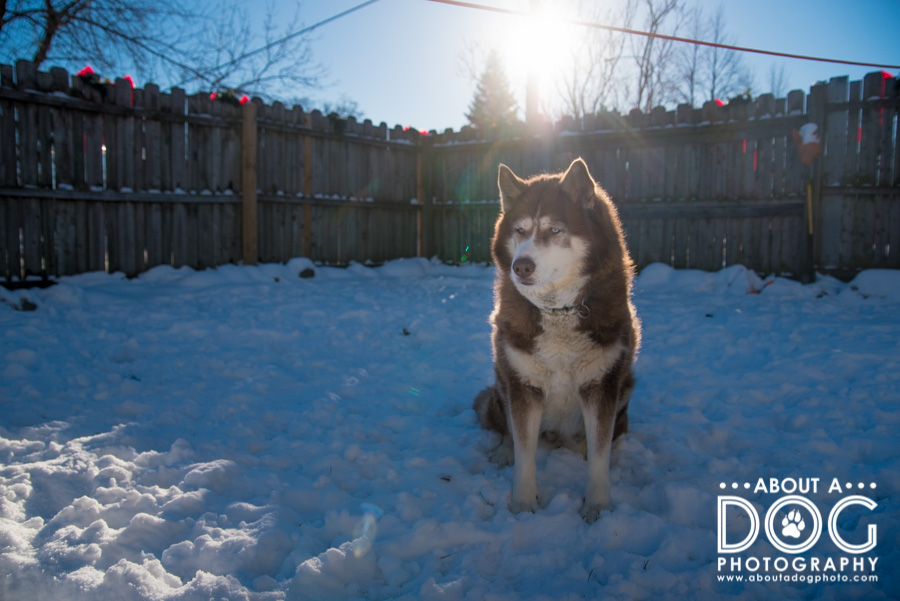 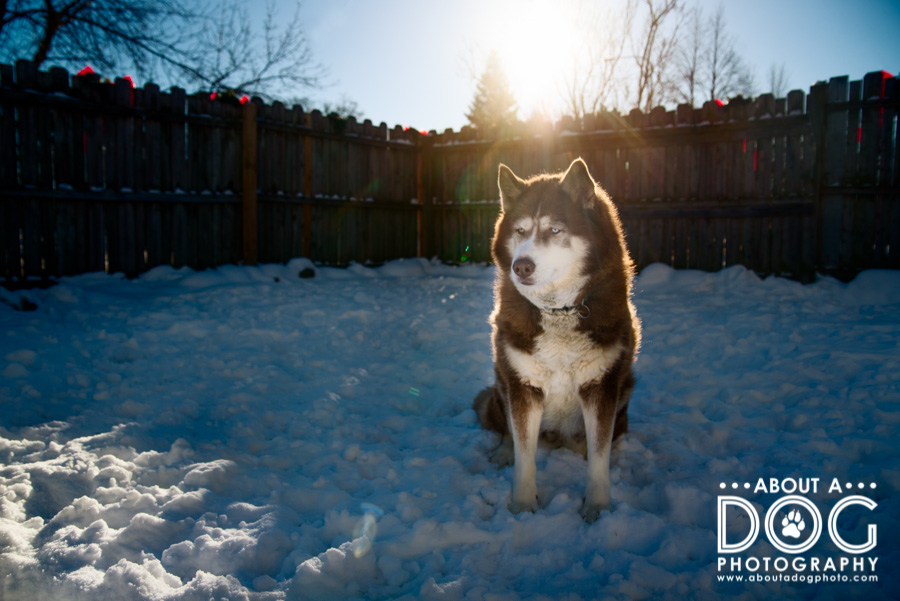 The stunning Scout from her session this past December. Removed the extension chord, shovel against the fence, dirt/dark spots in the snow, and toned down the light coming through the fence on the left. Added contrast, enhanced the sun flare, added brightness to Scout’s face and eyes (I love that they are two different colors). 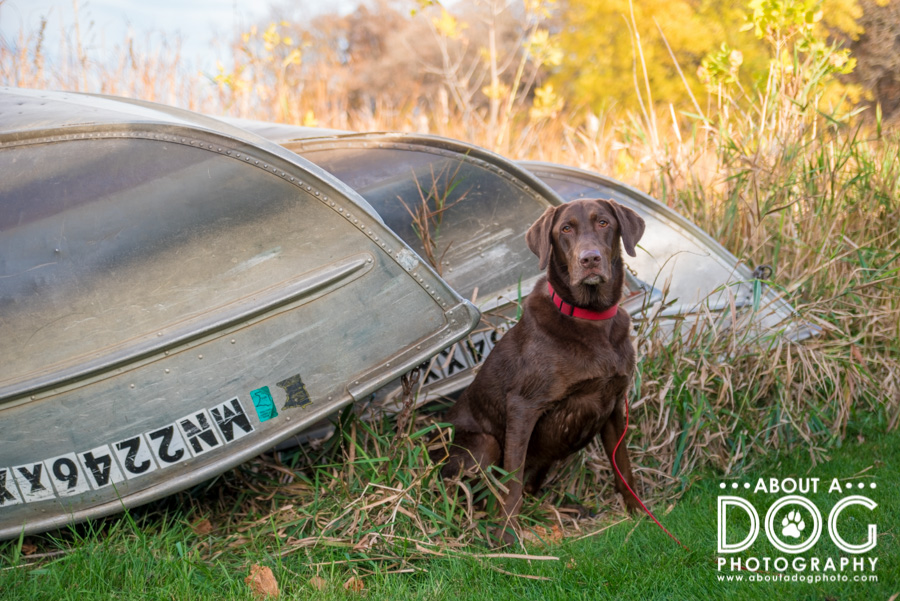 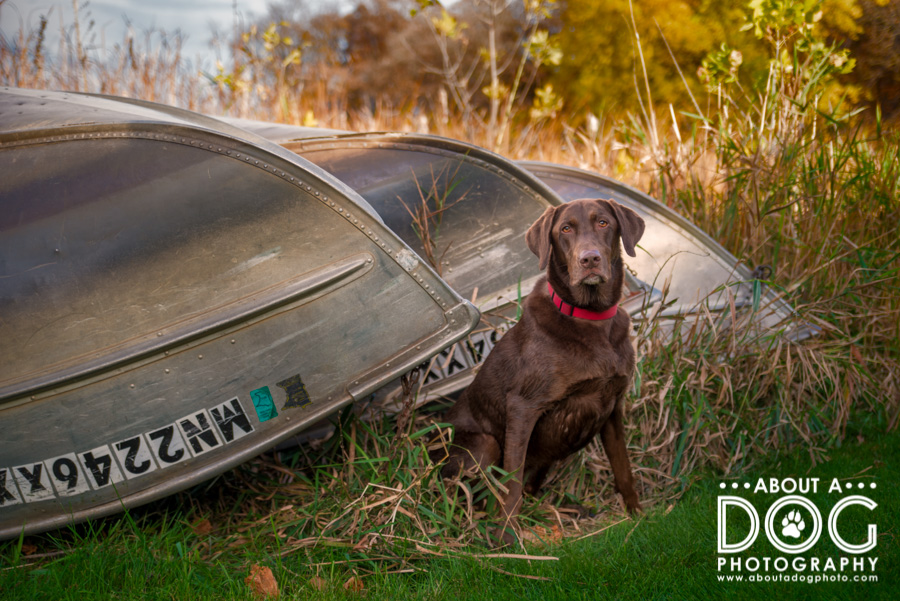 The stoic Rex from this past fall in a classic labrador pose. Leash removed, and the rivet right above his head removed. Contrast added, as well as brightening his eyes and face slightly. 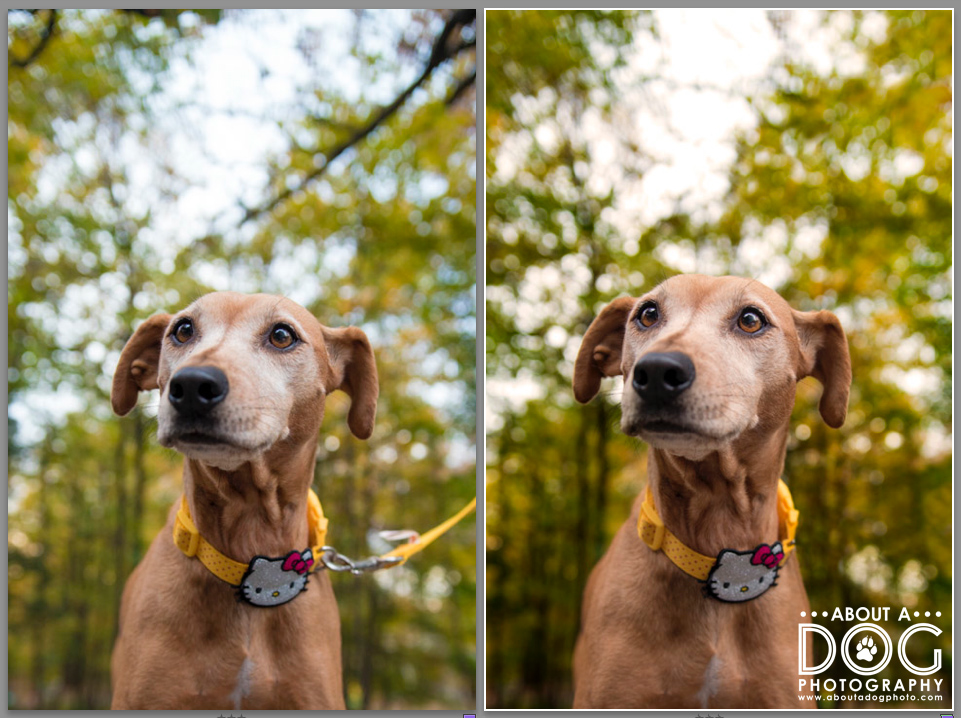 Josie, the tender soul from her session this fall. Removed her leash, as well as the dark branch above her head. Added contrast and brightened her eyes. 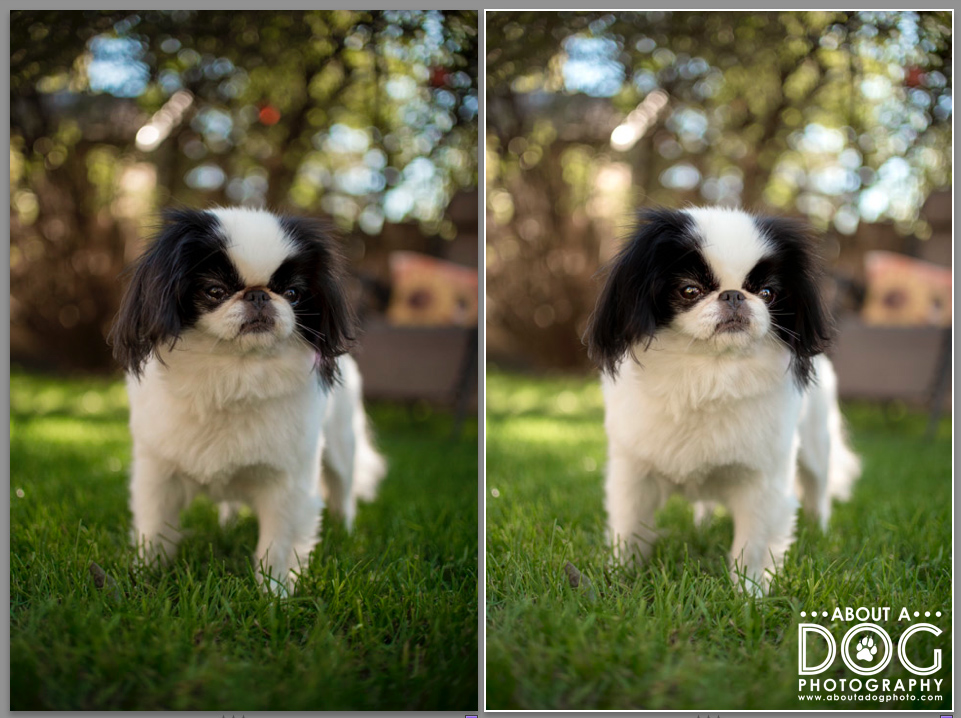 JC, the mega adorable Japanese Chin from her session this past fall! She was off leash in her backyard so there was no leash removal. Removed the red dot above her head, removed the little purple flare on her ear,  brightened her white fur, removed her eye stains, and darkened her black spots. Also brightened her eyes.

Pretty awesome “magic” if I may say so myself!

Next up visit Kim with BARKography based in Charlotte NC to see her before and afters!