The theme for this week’s 52 Week Project was humorous. The original plan was to acquire a pair of googly eyes (Not sure where my original pair is) and put them upon the dogs and capture them in a manner similar to this image of Axle from 2013. 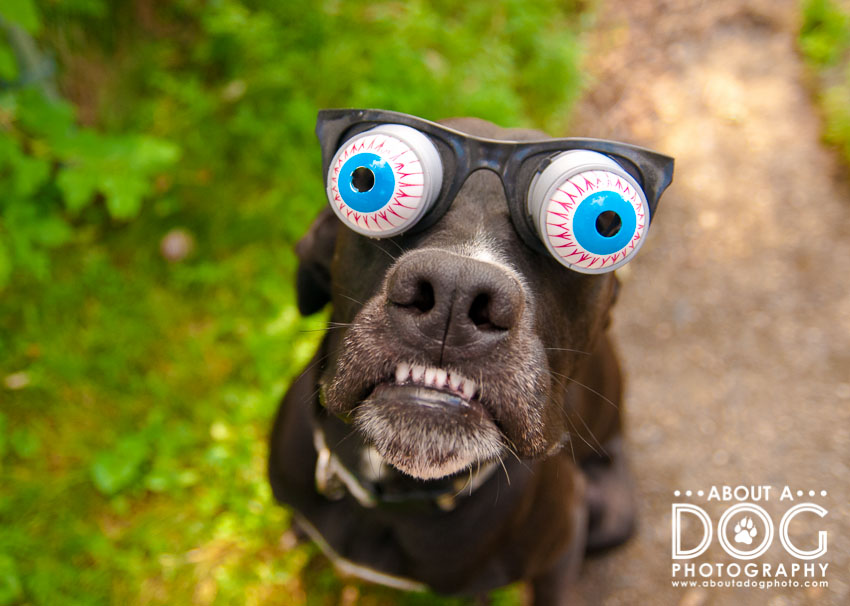 Unfortunately, googly eyes seem to not be trending these days so I had to settle for a pair of nerd glasses and pair of aviator sunglasses. First up was Bender, who sported the aviators and my Nerf bandolier for a badass look. For the most part….

Icey’s turn for the aviators. She wears them like a pro as she’s had many a pair of sunglasses set upon her face, but to add a humorous element, I had her bark (she’s my only dog who will bark on command). The aviators clung to her face for dear life, and the element of a dog treat in my hand helped create some AMAZING drool!

Bring out the nerd glasses! They were novelty nerd glasses with a complementary swath of athletic bandage tape on the bridge, which I removed. This in turn made them look a little more like hipster glasses vs nerd glasses, but the right face could make them look more one way or another.  Bender rocked them first, and no I didn’t pose his feet, that’s all him.

Icey didn’t want to be left out. The nerd glasses were a smidge small on her noggin but boy did they hang on for her barks!

Next up, visit Kim with BARKography based out of Charlotte NC to see how she captured humorous!

(Did you see me in the aviators?)